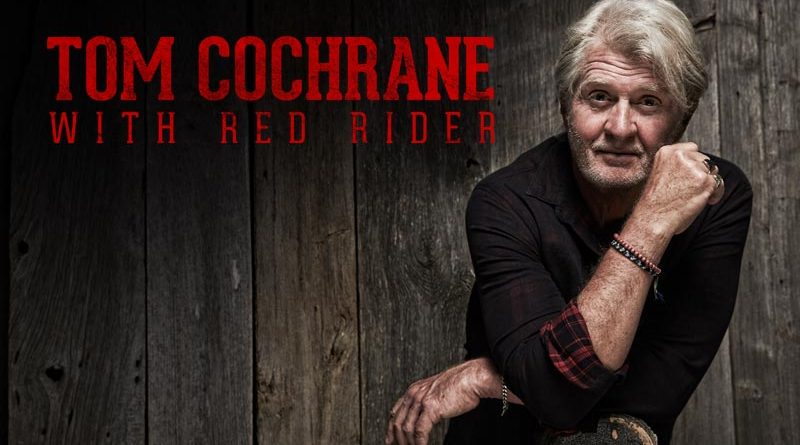 “He played our Discovery Gala fundraiser in 2019 and was phenomenal,” explains Flato theatre General Manager Eric Lariviere. “We’re very excited to have him back this season.”

Cochrane’s own journey down life’s highway originates in Lynn Lake, Manitoba, the furthest northern town accessible by road in the province, as the son of a bush pilot.

At age 11, he swapped a train set to buy his first guitar. A few years later he was hitting stages in Toronto’s Yorkville folk scene in the 1970s. After a chance meeting at the El Mocambo, it was as the frontman for the band Red Rider where Cochrane truly emerged.

They enjoyed a 10-year run during where they graduated to larger halls, arenas, and festival stages as their audience grew. Along the way, Red Rider released a string of now-classic Canadian albums and songs including the worldwide hit Lunatic Fringe, and the popular White Hot, Boy Inside the Man, and Victory Day.

Cochrane now recalls his younger days by claiming he was a “funny kid” because his heroes were Edward R Murrow, Eric Sevareid, Walter Cronkite, and the great Canadian journalist Peter Jennings. The nobility of being a “sonic journalist” that fueled his songwriting.

Cochrane launched his solo career in 1991, already a household name in Canada, with the release of the song that would become his biggest hit and a massive part of pop culture, Life is a Highway. The song became a number one hit in Canada and a top ten single in the US and the UK. It’s been covered by many artists and continues to be featured in film and television to this day.

Including Red Rider and since, Cochrane has released 17 albums, most recently 2015’s Take It Home.

His place as one of Canada’s most genuine musical voices was made not by the music he added to the culture however, but by how that music spoke for Canadians in a time of tragedy.

Four days after the Humboldt Broncos bus accident that shocked and saddened all of Canada, Tom Cochrane sat on a soundstage at TSN about to perform a slightly reworked version of one of his most famous songs, Big League. It wasn’t just a tribute or a comfort, though it was beautiful as those things go. Cochrane’s voice that night was the embodiment of community.

His performance became a place for Canadians to come together. It was a way into discussions and the sharing of feelings about the tragedy and it certainly became the soundtrack to millions of tears and became the hope that dried them.

It is with this voice that Cochrane returns to Markham on September 14th.

“Cochrane is defined by his genuine voice,” says Lariviere. “Other artists try to be truthful, he’s the real deal, every time.”

Though he is a GRAMMY nominee, a recipient of eight Juno Awards, a member of the Canadian Music Hall of Fame, has a place on Canada’s Walk of Fame and an honorary doctorate of Music, it’s this unique musical voice that drives Cochrane’s performances.

A voice that has driven Cochrane’s nearly half-century career in music and made him a recipient of both the Order of Manitoba and the Order of Canada and still has an effortless ability to speak truth for Canadians and thrill his listeners.

“You can see him in a 3000-seat hall, or an arena somewhere,” Lariviere says. “But having him in an intimate venue like ours makes his performance even more special. It’s very cool.”

Tom Cochrane and Red Rider perform at the Flato Markham Theatre on September 14 at 8 p.m.