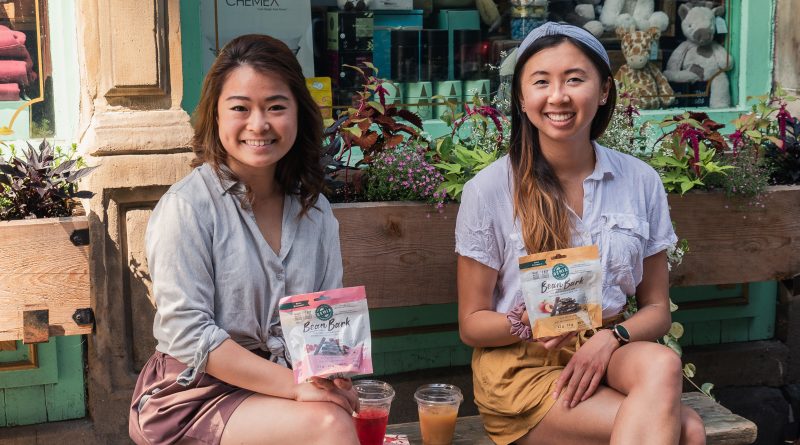 The Markham founders of a snack company that created vegan chocolate bark have received a $10,000 grant from an initiative that celebrates Canadian, women-owned businesses.

“Being a BMO for Women Grant recipient is truly an honour,” Isabelle Lam says. “It validates all the hard work we’ve put into building Remix Snacks and encourages us and allows us to dream bigger and grow the company into a household name for healthy, sustainable snacks.”

Lam created Remix Snacks with Jamie Lee while both were students in McGill University’s Bachelor of Nutritional Sciences, Dietetics program. They recognized a lack of healthy snack options and started playing around with recipes for a trail mix product that would contain dehydrated beans, fruit and chocolate.

The result: the market’s first vegan chocolate bark made with beans instead of nuts, making them high-fibre, high-iron and protein-rich. Knowing that 58 per cent of food produced in Canada is wasted and 45 per cent of that comes from imperfect produce, the budding entrepreneurs decided their product would use upcycled fruit – the stuff that’s often discarded because of bumps and bruises.

Their snack idea won two innovation prizes in a McGill start-up competition, which helped fund their first year of business. They landed a spot on a student-themed episode of CBC’s Dragons’ Den and received an offer from two of the Dragons that they later declined because they found other forms of funding that allowed them to retain full ownership of their company.

Remix Snacks are available across Quebec and Ontario in Loblaws, Metro and some Sobeys stores. Since the onset of the pandemic, Lam and Lee have promoted mindful snacking, which has become their third mission after nutrition and the environment.

BMO Celebrating Women is an initiative of the BMO Financial Group in collaboration with Deloitte. As part of the 2021 program, the initiative pledged $120,000 in grants awarded to 18 Canadian women-owned businesses for their contribution to social, environmental and/or economic sustainability outcomes through their organization’s policies, practices or products.