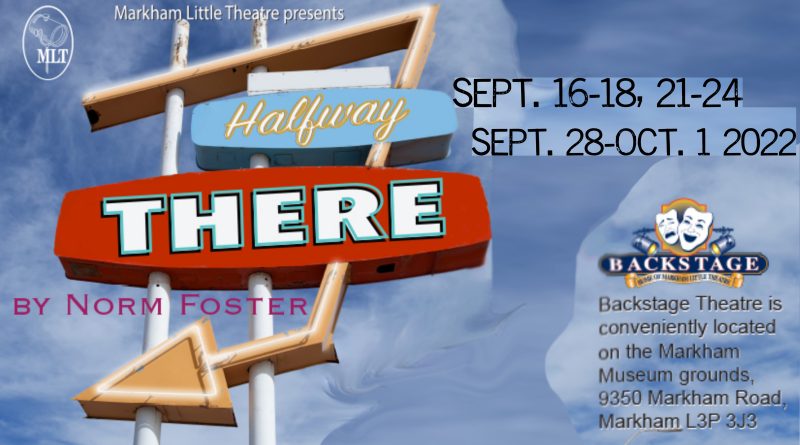 Markham Little Theatre returns for a full 2022/2023 season with Norm Foster’s Halfway There from September 16 to October 1 at their “Backstage” theatre on the Markham Museum grounds.

Halfway There is a newer work by stalwart Canadian playwright, Foster. Finished in 2016, the story features a quiet maritime town, Stewiacke, known only for being the midway point between the North Pole and the Equator, being tipped on its ear by the arrival of a new, young doctor.

“Join us for plenty of warm laughter and a heartwarming story,” says Rennie. “Foster’s comedies are familiar to our returning audiences for their hopeful drama and light ribbing jokes.”

For the past few full seasons, Markham Little Theatre has produced its first show at the group’s rehearsal space, at the Markham Museum, in a black box setting before returning to the Flato Markham Theatre stage. This season will be no different.

Despite using their own space, the theatre and its management supports MLT’s ‘backstage’ productions by handling ticket sales and some other services.

“Markham Little Theatre is the foundation of theatre going in Markham,” explains Flato Markham Theatre General Manager Eric Lariviere. “The group was not only the first theatre company here; their support was instrumental in the approval and construction of the theatre itself. Supporting them is vital to the community.”