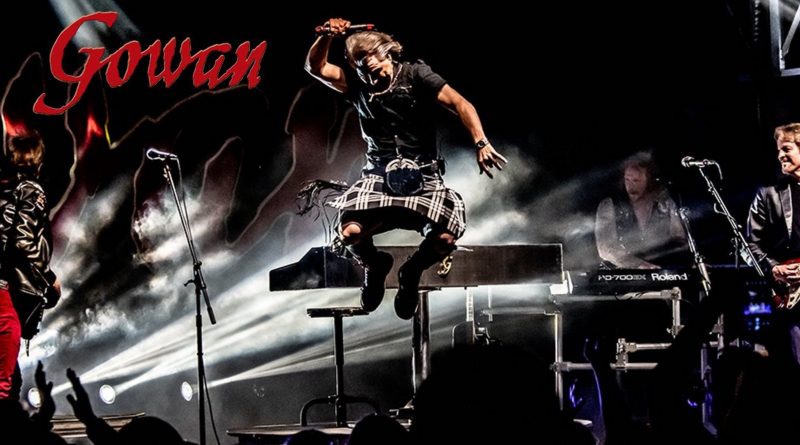 There are few human beings that have enjoyed the kind of success that Lawrence Gowan has in the music business.

He rose to iconic status on the Canadian music scene in the 1980s and then settled into a career as a killer live act that surely would have sustained him. Then, somewhat unexpectedly, he was invited to enjoy one of the world’s most famous bands as their frontman and has enjoyed a 20-year almost unreal second act.

If it’s true that what we think of as luck is actually a combination of preparation and opportunity then he should probably teach a course in it.

Canada’s prog-rock, prodigal son, Gowan returns home (almost) for a solo show at the Markham Theatre on December 16 at 8pm.

Growing up in Scarborough, just a few kilometres south of Markham, Lawrence ‘Larry’ Gowan dreamed of music stardom. Armed with an outgoing personality and years of classical piano training, he set about making his dreams come true.

After the middling local success of his first band Rhinegold, he started producing music under his own name as a solo artist. His first album didn’t sell much, but it got some attention. He was just beginning a career-long habit of making fans out of industry insiders.

English producer/engineer of acts like Split Enz and Prince, David Tickle, was one such insider. In 1984, he brought Gowan to Startling Studios (Ringo Starr’s studio) and enlisted the help of the backing musicians who made Peter Gabriel’s first few records.

Strange Animal, released in 1985, was a huge commercial success and changed his life forever. It featured the title single as well as hits A Criminal Mind, Guerilla Soldier, and Cosmetics. Six Juno Award nominations, and two wins, came with them, as well as thousands and thousands of fans.

Over his next several albums, Gowan enjoyed much chart success in Canada.

He also began to build a live show that was hard to beat. His presence, his energy, and his connection to his audience were both unique and spellbinding.

“There’s something special about his performances,“ Lariviere says. “When he looks out to the room, the needle starts moving right away.”

In 1997, with years of the aforementioned preparation under his belt, and after a particularly fiery opening set in Montreal for prog rock stalwarts Styx, an opportunity presented itself.
Would Gowan consider taking Denis DeYoung’s seat in the legendary band for the next tour? And just like that, luck is born.

Now, nearly 25 years of touring arenas and stadiums with Styx has taken him around the world many times. He’s recorded several albums with the band to much acclaim as well. He’s managed to make his teenage dream a reality.

But, in many ways, he’s still a hometown boy from Scarborough. He wants to return home and play for folks like him who live where he’s from.

“He tells the story, every time he plays here,” continues Lariviere, “that playing here feels just like playing in his living room.”

Surely, Gowan loves the dream he’s living, but it’s also like he wants reality too. Local fans of his music get to be the beneficiaries.