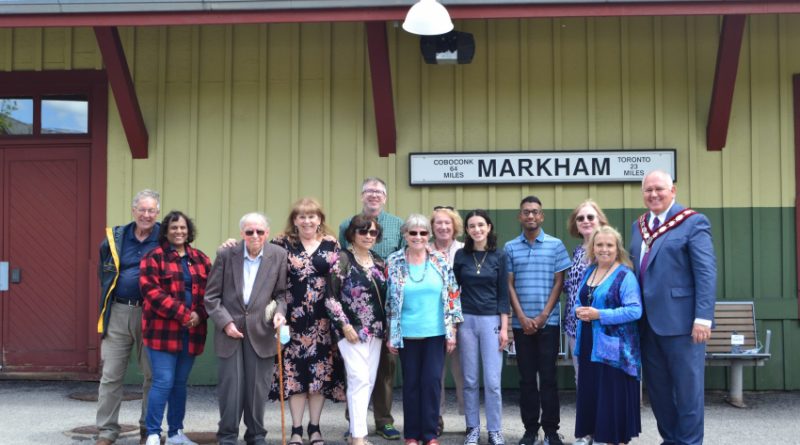 The Markham Village Conservancy with the help of Mayor Frank Scarpitti handed out plaques at the recent ceremony for the Historical Building Plaque Project.

The project was initiated in 2014 to commemorate the contributions of local early settlers and their families. The date of the original owner of a home, their occupation and name are inscribed on each plaque.

Don Reesor and his son, Gerry, were in attendance. Don had owned and operated the nearby feed mill and his ancestors were among the first to settle and farm the area in the 1700s. At the time, Markham was known as Reesorville.

Each home had a unique story that connected the present with the past as pointed out by the mayor. Scarpitti acknowledged that the plaques evoked the connection with the past that had contributed to the quality of life in Markham today. He related that Markham was fortunate to have residents who treasured their homes, invested to preserve and restore them and cared about the community.

George Duncan, former Senior Heritage Planner with the City of Markham was in attendance with a draft of his book A Year in Old Markham Village, written during his daily walks through the old village from Spring 2021 to 2022.