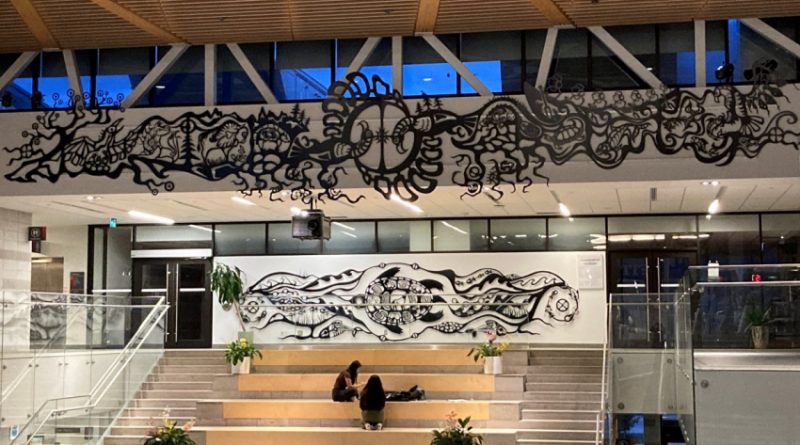 In January 2017, the City of Markham entered into a partnership agreement with Eabametoong First Nation (EFN). Though each community has very different needs, both share a common desire to enrich the lives of their residents through an exchange of knowledge and expertise.

“The agreement we signed really focused on promoting social, cultural, and economic collaboration,” as well as “promoting harmony and goodwill through the betterment of residents,” said Mayor Frank Scarpitti. The underlying goal is to provide an opportunity to learn from one another and to benefit both communities.

EFN, also known as Fort Hope, is a remote Ojibwe community of about 2,500 residents located about 360 kilometres north of Thunder Bay and about 1,000 kilometres from Markham. It’s accessible only by air in warmer months or by ice roads in colder months.

Markham residents may take some aspects of life for granted, such as clean water, safe and fully-equipped community centres, and high schools in our neighbourhoods, which are not within easy reach for EFN and many other remote indigenous communities.

Recent inflationary pressures aside, it is the norm that communities like EFN pay several times as much for goods and services as more centrally located communities. Accessibility challenges add substantial shipping costs, and limited supplies create demand and higher pricing.

During a visit to EFN, Scarpitti noticed several homes in need of repair and poor lighting. Given large family sizes, there’s often overcrowding in the homes, and family members have to take turns sleeping. “It’s a real eye-opener in terms of conditions and what people have to contend with,” he said.

Markham’s partnership with EFN can’t eliminate these challenges. However, subject matter expertise, insight into best practices, and broad access to resources allow Markham to support EFN’s leadership in its efforts to improve the health and well-being of its residents.

In turn, EFN gives Markham a first-hand opportunity to better understand and appreciate their challenges and indigenous history, culture, and traditions.

“I’m very proud of the partnership we have. I think it’s a rare arrangement in Canada where you have an urban community partnered with a First Nations community. I’m sure there are other communities that have a more obvious indigenous population, so they’re formally partnered. This is a different situation where we’ve gone well beyond our borders to develop a partnership with Eabametoong.”

EFN has been supportive of Markham’s call to action toward reconciliation. In addition to engaging an indigenous consultant, “we’ve turned to Eabametoong to receive the wisdom and advice and guidance of their community leaders,” said Scarpitti.

Aaniin Community Centre is a “symbol and gesture” of Markham’s reconciliation efforts. The name “Aaniin,” pronounced [ah-nee], means “hello” or “welcome” in Ojibwe. The name honours our First Nations communities and celebrates Markham’s diversity and the nation’s 150th anniversary of Confederation.

Niizhwaaswi Gagiikwewin/Seven Grandfather Teachings is an art installation in the centre’s main foyer. The murals are a collaboration between Anishinaabe artist Tessa Shank and visual art students from Unionville and Middlefield High Schools. The teachings – respect, humility, love, truth, honesty, wisdom, and courage – are seven values that offer guidance on treating others and the earth, providing balance in spirit and community.

Last June, another art installation called Anwebi Aki: A Place to Rest and Reflect, was unveiled outside the Aaniin Community Centre. The seven wood sculptures representing the Seven Grandfather Teachings were created by Unionville High School Students under the direction of Anishinaabe artist Donald Chrétien and sculptor and visual arts teacher Shane Clodd, head of the school’s visual arts department.

“The Four Seasons of Reconciliation” is a year-long educational endeavour currently underway by Markham’s entire staff and Council. The commitment responds to the Truth and Reconciliation Commission’s action number 57.

Recognition of Truth and Reconciliation Day, Red Dress Day, and Sisters in Spirit Day are other ways the city aims to raise vital public awareness about indigenous history.

Markham’s asset management and recreation teams assisted EFN with its application for federal funding to build a new sport and recreation facility. City staff also offered insight on plans for the facility, such as location and what components and amenities to consider.

The gesture “speaks volumes about Markham’s diversity – that we take some of the fundraising dollars from a Chinese New Year celebration to donate to an indigenous community,” said Scarpitti.

Scarpitti said that Markham is an added voice that advocates for EFN in its relationships with the federal and provincial governments. “I think it’s something the provincial and federal officials have noticed,” said Scarpitti. Support in the repair and expansion of the water filtration system is one example of advocacy efforts.

EFN was introduced to Markham council by creative consultant Kenneth Caplan, who has worked with the City of Markham and its business community for over two decades.

Recognizing the economic disadvantages of some First Nations communities, Caplan was working on tourism and skilled trade initiatives with EFN and saw an opportunity for the two communities to connect. He approached Markham’s Chief Administrative Officer, Andy Taylor, who in turn, spoke to Scarpitti.

“We looked at each other and said, ‘Let’s get going. Let’s do this,'” said Scarpitti.

At about the same time, Emma Tworzyanski, a grade 12 student at Bill Crothers Secondary School, was gathering hockey equipment for EFN for a sports management class. Tworzyanski learned about the community through her father, who had done engineering work there.

City council and staff heard about Tworzyanski’s initiative shortly after signing the partnership. The coincidence of Tworzyanski and city officials working on initiatives in EFN without either one knowing made it seem that the partnership was “meant to be.”

At a subsequent gathering with EFN leadership, female Elders commented to Scarpitti on how she had noticed a difference in the girls because of Tworzyanski’s efforts. As a result, a girls’ hockey team was formed for the first time in the community’s history.

Since the partnership agreement was signed in 2017, EFN has had three different chiefs. Markham senior officials have made an effort to connect with each new chief and to bring them up to date on the partnership “and where they feel the focus should be on the collaboration so that we can truly understand what’s needed,” explained Scarpitti. “Thankfully, the partnership, even with three chiefs since 2017, has remained strong, and we’re absolutely committed to it.”

Despite the challenges faced by EFN, Mayor Scarpitti spoke about the sense of joy, hope, and curiosity of the community’s children that he noticed during his visit there. The future of the partnership between Eabametoong First Nation and the City of Markham looks bright.

Photo: Niizhwaaswi Gagiikwewin / Seven Grandfather Teachings is an art installation on display at Aaniin Community Centre. “These teachings remind all who gather here that working towards a happy and healthy self will make for a stronger community,” reads the plaque hanging beside the aluminum murals.