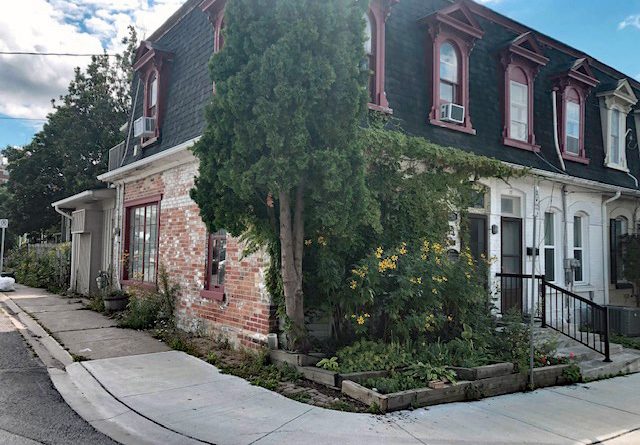 This month, he shares the following parts of a recorded conversation with Helen Walter. She recounts her days as a graphic artist and photographer over the last few decades.

I applied to Ryerson at age 33 and I got accepted based on that pencil sketch (of a guy smoking a cigarette).

Out of 3, 000 people there were 360 of us ready for four years of photography. On the first day, I met this interesting-looking, skinny dude (Keith) who caught my attention. We ended up working together for over 35 years.

We often did things way above our punching weight with clients that expected superhuman stuff but didn’t want to pay the rate. You had to fight with CEOs. We were self-taught from the get-go, from the time we started. It was just learning, learning, learning, ditching old technology, and starting new technology in a totally new environment.

We used to live in downtown Toronto, but in ’88 and ’89 prices skyrocketed. The office we had in a renovated chocolate factory looked really cool because we repainted and rehashed furniture from Goodwill. There were many of us in the building; two others came to us and said that the rent was going up by 300 per cent. Everyone was leaving, and we left as well.

We ended up here in Markham. Compared to the bustle of downtown, it felt like the middle of nowhere. In 1979 we didn’t even have a sidewalk here, and I thought I should take up milking cows. We liked the house at first sight.  I always had this idea that I wanted a heritage-style Victorian-style building to turn into an artsy creative studio. This house is probably 150 years old, from 1863. Somebody has a copy of a deed to show that the land was sold in preparation for the building that was probably built about seven years later.

I’m shy, and my partner was even more shy and the idea of reaching out to people was anathema. But then there was an article in the paper that said there was a committee working on putting together a celebration of Markham’s bi-centennial in 1994. They saw our work and asked us “Would you join the committee?” And we said no we don’t do meetings…900 hours of meetings later we were a very big part of the bi-centennial, with T-shirts, with our art and designs on wine labels. We were suddenly in a town where it was very hard to make any inroads because like any small town you have to live and die there before they accept you. Suddenly, we were working with the Reesors and the Leadbetters and Lorne Smith, and we were right in the middle of everything, and suddenly we were in a really special place. And they saw what we did, so we became volunteers with the BIA, and that has a connection to the town too. So they see what you’re doing. So we did Christmas floats, we did posters for every festival.

Photo: Helen Walter has resided at her home at 15 Wilson Street for 33 years. (Helen Walter photo)