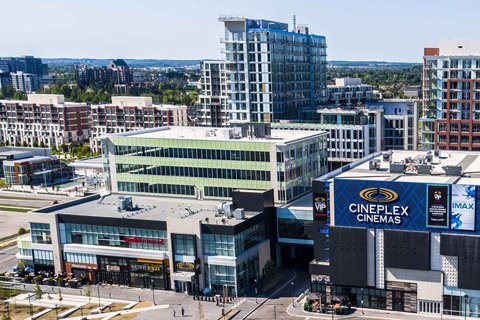 As the City moves forward with its long-term vision for a vibrant, intensive, mixed-use downtown, it’s building a Community Energy Plan (CEP) to guide energy-related decisions for both buildings and transportation.

The Markham Centre CEP will align new development with Markham’s goal of net-zero emissions by 2050.

A CEP is a “roadmap for taking action on energy saving and reducing GGE within a city or specific community,” the City explains. “This roadmap describes what actions have to be implemented, when and what are the different implementation strategies to do so. A CEP must be aligned with the emissions goals a city has and it has to be grounded in the local context.”

Emissions reduction, energy savings, costs and benefits will all be estimated in order to evaluate the plan holistically to ensure the best decisions are made not just from an environmental point of view but also from financial and social perspectives, it adds.

The City has already collected data related to demographics, land use, buildings, industry, transportation, agriculture, water and wastewater, waste and other sectors applicable to Markham Centre. It has also developed a menu of actions that can contribute to net-zero energy and emissions.

It’s currently developing and modelling scenarios so it can prepare a draft CEP that describes the process, engagement, analysis, modelling results and recommended concept. The draft CEP will also describe goals, objectives and actions, along with Key Performance Indicators that can be incorporated into the City’s sustainability metrics. The draft CEP will also identify opportunities for pilot projects. A final version of the CEP will reflect feedback from the City and engagement processes.

Markham Centre will represent the “new urban downtown model in Canada,” the City says. Key features include the largest concentration of mixed-use LEED downtown projects in North America, 41,000 residents in 20,000 units, and 39,000 jobs. Downtown Markham is home to businesses that include IBM, Worley Parsons, Honeywell and Hilton Suites.

Photo courtesy of the City of Markham.