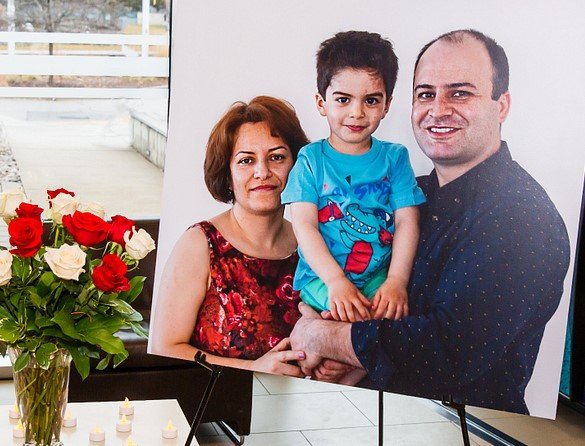 A Centennial College professor killed in the 2020 crash of a Ukrainian International Airlines flight in Iran is among 57 Canadians being honoured in a scholarship fund that is being renewed in their memory.

The provincial government announced plans to renew the scholarship fund, which will disperse $10,000 to 57 students – one in memory of each victim. The same number of scholarships was dispersed last year.

“Many of the victims were students and professors at postsecondary institutions here in Ontario and as such, our community was particularly shaken,” says Jill Dunlop, Minister of Colleges and Universities. “We can never replace the loss of so many bright and promising scholars, educators – and above all – loved ones, but we hope to honour their memories through the continuation of this scholarship fund.”

The Ukrainian airliner crashed near Tehran on Jan. 8, 2020 after being struck by a missile shortly after takeoff. Each of the 176 passengers was killed. Victims included Razgar Rahimi, a professor in Centennial’s School of Engineering Technology and Applied Science, his wife, Farideh, and their toddler son, Jiwan. The couple was expecting their second child.

“Razgar’s loss continues to be felt profoundly here at Centennial,” the College says on its website. “A valued mentor, gifted teacher, devoted husband and father, and wonderful friend, his death has left an unfillable void for all those who knew him and within Canada’s broader academic community.”

Centennial’s Electrical Engineering Program Advisory Committee has created the Dr. Razgar Rahimi Scholarship Fund. This scholarship will support the academic goals of a full-time student enrolled in an electrical engineering program in need of financial support. The goal is to raise $25,000 to create an endowment so the scholarship can be given out in perpetuity.

Photo of Razgar Rahimi, his wife, Farideh, and their son, Jiwan, courtesy of Centennial College.