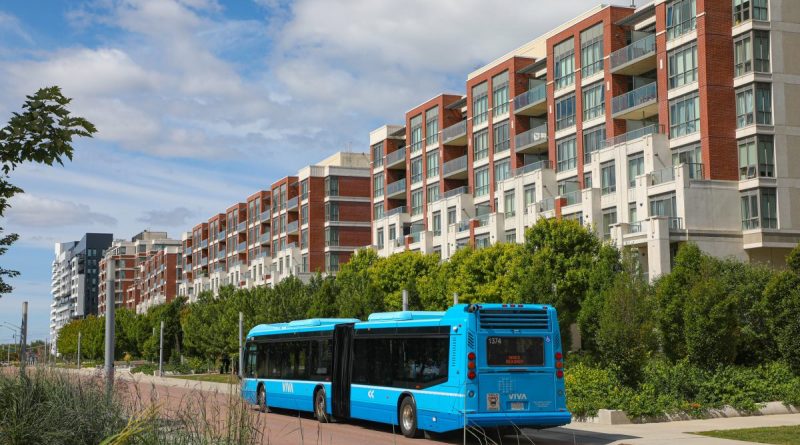 York Region plans to be home to more than two million residents and more than one million jobs by 2051, according to a new Regional Official Plan that outlines the policies to plan the Region’s communities over the next three decades.

“York Region continues to be a destination of choice for residents to live, work and play,” says City of Markham Regional Councillor Jim Jones, chair of the Region’s Planning and Economic Development. The Region is currently home to 1.2 million residents and 54,000 businesses with 650,000 employees.

“Complete communities are designed as accessible, dense and walkable, where most amenities are in close proximity and meet people’s needs for daily living through their lifetime,” the plan says. Complete communities will be designed to be sustainable by incorporating green building technologies, renewable alternative energy options and climate change mitigation, it adds. The plan promises to reduce the potential risks and costs associated with natural and human-made hazards like flooding, erosion and unstable soils by ensuring development is directed away from hazards.

The updated plan will be submitted to the Province of Ontario’s Ministry of Municipal Affairs and Housing for approval. Once approved, local municipal partners will have one year to update Local Municipal Official Plans to conform to the York Region Official Plan.

The Transportation Master Plan, for instance, supports a well-integrated and well-connected network of bike lanes, trials and multi-use paths and recommends additional rapid transit corridors to address the Region’s growth to 2051 and beyond. It also promises to better manage traffic flow in the Region’s most congested areas, improve roads in new development areas and improve access to freeways, regional centres, rapid transit and key links to major employment areas by making efficient use of the existing assets, such as roads, lanes and intersections, as well as investing in new projects.

The public and stakeholders were invited to provide feedback on a draft Official Plan that was released in November 2021. The new plan is a “significant milestone,” says York Region Chairman and CEO Wayne Emmerson. “Current and future York Region residents and businesses are at the forefront as we plan our neighbourhoods and communities. Engagement with all stakeholders has been vital to the process to ensure existing needs are met, while planning to accommodate future growth.”

Photo of a Viva bus near Downtown Markham courtesy of York Region.