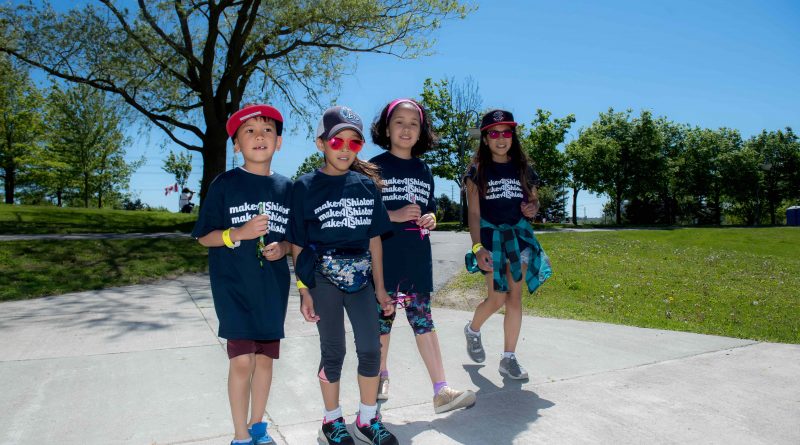 The walk is not only about raising awareness for ALS and raising funds for ALS research, it also brings together those who have been affected by the disease.

Whether it is someone living with ALS or a family member or friend, ALS affects everyone who loves and cares for the person with the disease.

ALS (amyotrophic lateral sclerosis) is a neurodegenerative disease that affects our voluntary muscles. While new treatments are now on the horizon due to the viral sensation of the ALS ice bucket challenge, a lot is still unknown about the disease.

This is why ALS Double Play focuses on supporting ALS research. When founder, Cherrie-Marie’s brother Christopher became sick with ALS, she learned that very little was known about the disease.

Further, ALS is not incurable, rather it is underfunded. ALS Double Play has a fellowship with the University of Toronto, Canada’s largest and most internationally published ALS research lab in the name of her brother. The registered Canadian charity funds one post-doctoral ALS researcher for three years; they are currently funding their third researcher.

Dr. Janice Robertson, Lead ALS researcher says, “The walk is a wonderful opportunity to come together to reflect on those we have lost to ALS, loved ones we have lost, how we can help, and experience the joy of that knowing we are not alone in our quest.”

This year’s walk will start and finish in Downtown Markham from the Pride of Canada Carousel.

The event is ALS Double Play’s largest and while the walk is the main reason why people gather, there will also be face painting, food, a raffle and rides on the carousel.

All are invited to fundraise and participate. More information can be found at ALSdoubleplay.com.

The Flato Markham Theatre comes back

After two long years of isolation, cautious optimism, false starts, and waiting that has ranged from patient to downright screaming,