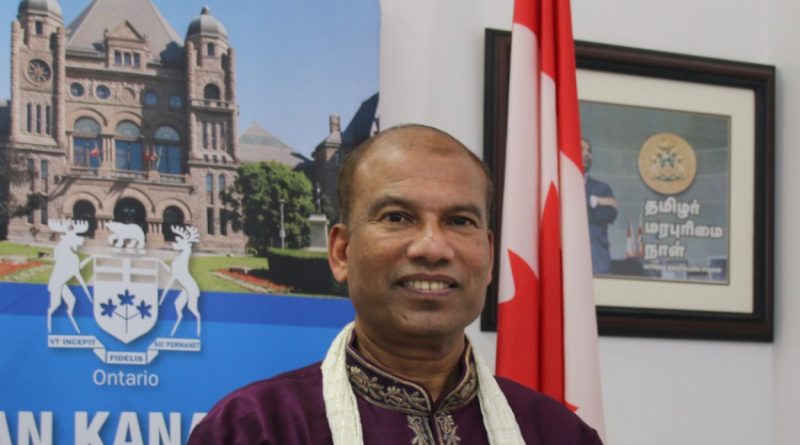 Conversations about a pressured health system in Ontario are not new. The spectre of doctor shortages and hallway medicine have spooked politicians and angered citizens for years dating back to the McGuinty Liberals days in power.

But the pandemic has certainly given new emphasis to concerns, even as COVID hospitalizations have dropped markedly in recent months.

This time around, the conversations are not so much around procedure and administrative efficiency as they are about personnel, as tired and fed-up healthcare providers exit the field to find a less stressful occupation. This has left hospitals and other care facilities short of workers.

At a local level, this has manifested itself with longer than typical waits at hospitals and clinics and people having to navigate pressing health issues without a family doctor which is required to access specialists.

Markham-Thornhill MPP Logan Kanapathi, who is married to a doctor, is acutely aware of the challenges and assures that his government is making strides on the issue.

As part of a wide-ranging interview with the Review, he notes his government is eager to work with the federal government and the Royal College of Physicians and Surgeons of Canada to recognize foreign doctor credentials and condense the pathway to working for them and graduates of foreign schools – which can include Canadians who merely studied abroad.

“They come here and start all over again. That’s the system we have now,” Kanapathi bluntly assesses and adds it is not functional for our times.

The college recently announced that in certain specialist categories the wait to practice will be sliced from up to seven years to two.

This “fast-track” approach, Kanapathi notes, will be mirrored in Ontario. That includes forcing the six medical schools in Ontario to revamp their residency and licensing processes.

“That’s what I’ve been trying to do,” he says, adding the Minister of Health is waiting on their recommendations now. But he cautions that this will “not be a problem that can be solved instantly.” But, maintains, there is light on the horizon.

Other big provincial issues are education and housing, and Kanapathi, as the Parliamentary Assistant to the Minister of Children, Community and Social Services, has a particular interest in these areas and is in a unique position to influence policy.

He takes a moment to tout his government’s new initiative, the More Homes Faster Act, and how it will benefit new Canadians who are priced out of markets they want to be in, like Markham, noting that in diverse, family-oriented, multi-generational households, the opportunity to build in-law suites is a huge benefit. He adds that the new streamlining of rules does not compromise safety, as anyone building still has to abide by municipal rules around safety and building standards. They just won’t have to pay any development charges.

In line with his family focus, Kanapathi attacks one significant deficiency in his riding that is top of mind – schools.

Noting the peculiar shortage of public schools in Markham-Thornhill, he offers, “we are working with Ministry of Education to get capital funding to bring in new schools.

He notes that his role is to work with the YRDSB and regional and municipal governments to provide a more equitable distribution of schools.

Lastly, he mentions the federal-provincial dental care program as an issue that south Markham will hopefully benefit from.

While there are plenty of dental offices, he notes that economically disadvantaged groups, including new Canadian seniors, are in sore need of better service as there are few offices that have so far opted into the subsidized senior’s dental program as the payouts for publicly funded are considered sub-standard. But he believes that the extra financial support that the premier held out for and finally achieved from the federal government will be of great benefit to his riding.

“We have people going from here to Newmarket to get their (dental) services,” Kanapathi notes, adding that funding and resource scarcity in dental and other areas is more acute in more “diverse” areas like Markham-Thornhill.

“This is one of the most ethnically diverse ridings in all of Canada according to census,” he says. “You know what that means? There are a lot of challenges to meet our needs. We have different needs, different demands (so) different messages and communication needed.”

Photo: Markham-Thornhill MPP Logan Kanapathi, who is married to a doctor, is acutely aware of the healthcare challenges and assures that his government is making strides on the issue.