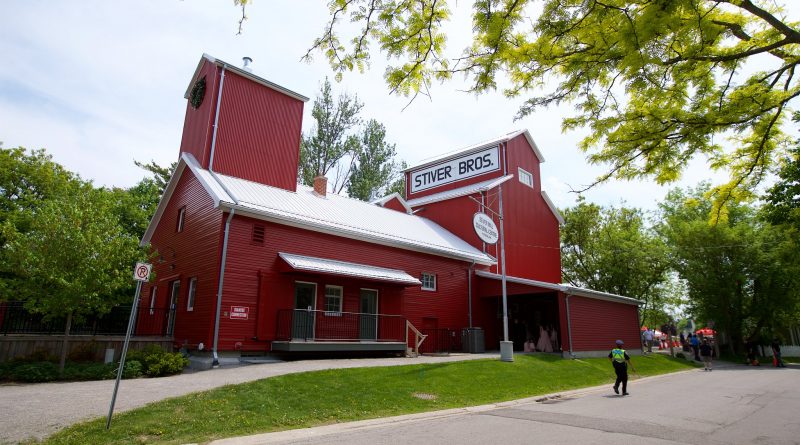 The Pan Am Centre, Honda Canada Campus and Angus Glen Community Centre & Library are all community landmarks but that’s not all they have in common. Each is the recipient of an award that recognizes outstanding urban design.

The search is now on for the next recipients of the Markham Design Excellence Awards, which feature juried Awards of Excellence, Awards of Merit and a new People’s Choice Award.

“The City of Markham has a longstanding tradition of celebrating design excellence and this year’s Markham Design Excellence Awards will pay tribute to those in our community making significant contributions to our public realm and urban form,” says Mayor Frank Scarpitti. “This is an opportunity to show our appreciation to design leaders that are putting Markham on the map and I encourage industry professionals to submit their projects for consideration.”

“Great urban design works together with planning to create landmarks that spark civic pride and public spaces that draw us back again and again,” says Regional Councillor Jim Jones, Chair of Markham’s Development Services Committee. “The Markham Design Excellence Awards is an opportunity for all of us to celebrate our visionaries and to showcase the best in recent building and placemaking.”

Industrial, commercial, residential, recreational, heritage, open space and public realm projects are all eligible for submission in several categories. The Building of Significance Award recognizes a building that’s at least three stories tall and responds to local context and integrates into the community through design. The Institutional Building Award recognizes a civic building – such as a cultural building, school or scientific building – that has become a new icon or City landmark and integrates with the existing local community while meeting the needs of the City.

The Community Design Award is awarded to a compact, pedestrian-friendly community that fosters a sense of place. The Open Space & Public Realm Award goes to a park, plaza, facility or landscaped area with a fresh and new approach to the treatment of open spaces. Urban Intensification Award recognizes infill, mixed-use or transit-oriented development that exemplifies place-making and efficient use of public infrastructure to reinforce the public realm. Finally, a new People’s Choice Award will be awarded to the nominee that receives the most public votes cast from September 3 to September 30.

The Markham Design Excellence Awards were first held in 1999 to celebrate quality design and the passion, hard work and talent of the people who make up the urban design industry in the City of Markham. To learn more about the awards and to submit projects, visit markham.ca/DesignExcellenceAwards. Submissions close on Friday, Aug. 27 at 11:59 p.m.

Stiver Mill received the Markham Design Excellence Award in the Building of Significance category in 2014. Photo courtesy of the City of Markham.