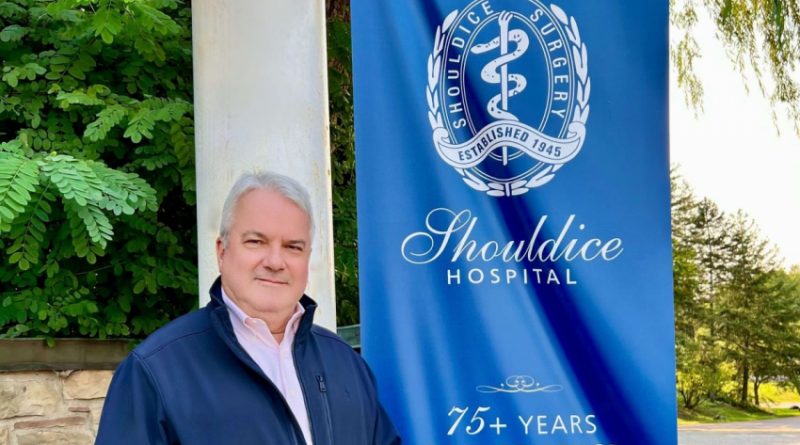 A historic piece of property will soon be added to Markham’s collection of parks and open spaces.

“I am overjoyed to announce that Markham Council has accepted a plan put forward by me and Mayor Scarpitti that will see ownership of the Shouldice Hospital lands at 7750 Bayview Avenue, in their entirety, transferred to the City of Markham by the end of the year,” said Ward 1 Councillor Keith Irish.

“This will protect the property in perpetuity, thereby preserving the unique and historic nature of the 9.07-hectare (22.4-acre) site,” he added.

“The natural beauty of the site makes it one of Markham’s crown jewels, and we are delighted to bring it into public ownership for use by the entire Markham community,” said Markham Mayor Frank Scarpitti.

Scarpitti confirmed that the site was purchased primarily for park and open space but acknowledged that other uses may be incorporated based on community needs.

He explained that the city would undergo a consultation or visioning exercise to determine the best use of the site.

“Whatever happens there obviously is going to be in keeping, and not only complementary but respectful of, the serenity and the beauty of the property.”

Conservation of the former McCullagh Estate will be included in the discussions. Enhancement of the property’s ecology and diversity of habitat, including the planting of additional trees, are among other considerations.

Scarpitti and Irish acknowledged and thanked the property owner and its development manager, Liberty Development Corporation, for their willingness to engage in discussion and negotiations.

Two independent land appraisals thoroughly vetted the $188 million purchase price, which will be funded by the city’s “cash-in-lieu” reserves.

Cash-in-lieu is a component of the city’s parkland dedication requirement. “Conveyance of Parkland By-Law No. 195.90” ensures the preservation of parkland and open space as Markham intensifies.

The by-law requires a developer to allocate a percentage of the land area proposed for development as parkland.

In low-rise developments, it is generally feasible to incorporate the parkland within the area under development.

In a high-rise development scenario, however, the limited land area makes it challenging for the developer to meet the on-site parkland allocation.

In this case, the developer must make a cash-in-lieu payment based on one hectare of land per 500 residential units in the proposed development. The payments are segregated into a park fund allowing the city to seek out opportunities and purchase parkland when it becomes available.

The Shouldice Property is one such opportunity, and its acquisition is considered a particularly strategic move given its location in Thornhill.

Thornhill, having undergone the bulk of its development several years ago, is now seeing primarily vertical growth. Despite its continuing growth in density, finding new park space in Thornhill is far more challenging than in newer areas of Markham, where parks get incorporated into the growing neighbourhoods as they develop.

The purchase of the property is, therefore, a strategic move by the city. “It’s tough to find something in Thornhill that’s still intact and as beautiful as the Shouldice Property,” said Scarpitti.

For Irish, it’s a profound achievement.

“Little did I know as a young boy in the early 1970s, when visiting Shouldice where my father was a patient, that I would one day play such a pivotal role in the future of this property,” Irish said. “Of all the things I have accomplished on Thornhill’s behalf these past four years, this is the most significant and long-lasting.”

He expressed gratitude to Markham’s senior staff for their assistance and his council colleagues for their overwhelming support.

Parties expect the transaction to be finalized and the property officially under the city’s ownership by year-end once details of the Shouldice Hospital’s lease agreement are confirmed and due diligence procedures, currently underway, are completed.

The City of Markham currently holds over 1,161 acres or 470 hectares of parkland, not including the Shouldice site.

Photo: Ward 1 Councillor Keith Irish, along with Mayor Frank Scarpitti, was instrumental in negotiating the purchase of the Shouldice site. The city is expected to take ownership by year-end. (Photo supplied by K. Irish)