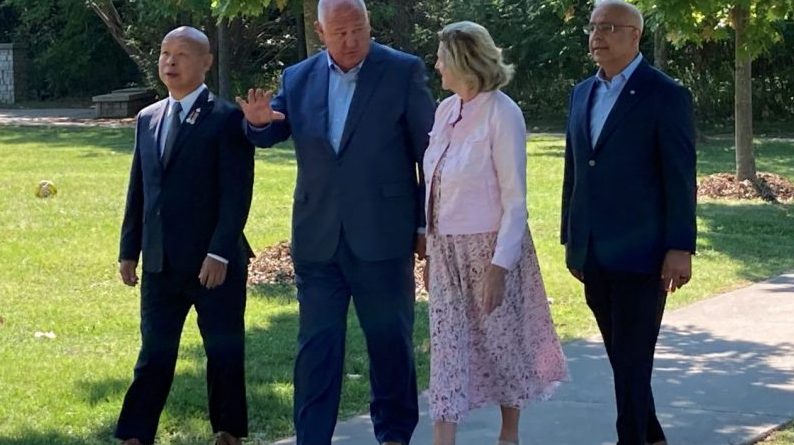 A newly announced $3.1 million federal government investment will enhance infrastructure and tourism for the City of Markham.

“Our government knows that robust communities lead to economic development opportunities and growth for our local businesses,” said Markham-Stouffville MP Helena Jaczek. “And that’s why the Government of Canada created the Canada Community Revitalization Fund and the Tourism Relief Fund.”

At the time of the announcement, Jaczek was the minister responsible for the Federal Economic Development Agency for Southern Ontario (FedDev Ont). She has since been promoted to public services and procurement minister.

FedDev Ontario distributes federal funding to programs throughout the province to strengthen communities with infrastructure improvements and to support the recovery of the tourism industry as it rebounds from the pandemic.

City infrastructure enhancements will receive $2.9 million of the funding. Trees for Tomorrow, an off-road Rouge Valley trail, a new asphalt trail through Markham Centre, new playground equipment at nine parks, a new splash pad at Millennium Park, and an expansion of the sidewalk program are the projects designated for improvement.

Jaczek made the announcement at Wismer Park in Markham on August 24. The gathering included Markham Mayor Frank Scarpitti, Unionville-Markham MP Paul Chiang, and Shafik Jiwani, secretary of the board of directors for Destination Markham.

“It’s important, more than ever, to have these outdoor spaces and infrastructure for our residents of all ages, and I’m very pleased to say that Markham Council (members) are very strong supporters of making sure that we have open spaces and that they’re an integral part of our community,” Scarpitti said.

“It’s not just about having land; it’s also about what you do within those spaces to create opportunities for healthy living – for young children, for seniors, and for everyone in between to make sure that they can fully utilize and enjoy these open spaces in our community,” he added.

Trees for Tomorrow was a program that Scarpitti initiated when he took office. The program aimed to plant “more trees than ever before in Markham’s history” and improve the city’s tree canopy. Markham has seen 450,000 trees planted since the onset of the program.

The new funding will facilitate planting additional trees in Wismer Park and 17 other parks and valley lands.

Scarpitti also noted that the sidewalk construction initiative is vital in Markham’s older communities that, unlike newer ones, often don’t have sidewalks.

The mayor explained that these funding programs help to “advance important projects in the community” while keeping the property tax burden in check. He called property tax “one of the most regressive taxes” because its rates do not account for household income.

“So seniors who are on fixed incomes, low-income families, and everyone in between get hit with property taxes,” said Scarpitti.

The funding announcement also included $200,000 for Destination Markham, created in 2020 to promote Markham as a destination of choice for visitors of all types, including tourists, sports and festival attendees, and business travellers.

Unfortunately, the group’s start in 2020 coincided with the onset of COVID-19. As such, the group had to pivot its efforts away from tourism and instead toward local businesses as they tried to rally through the challenges of the pandemic.

“Now that the impact of the pandemic is behind us, Destination Markham can do what they were actually set up to do,” said Scarpitti, and that developing a strategy to attract tourists and tourism – with a focus on sports – will be the funding’s purpose.

On behalf of Destination Markham, Jiwani thanked Jaczek and the federal government for the funding that he said will develop “a solid tourism strategy, our new roadmap to support local businesses big and small, as we continue to rebound.”

He cited the Tourism Relief Fund as already helping to support the recovery of the city’s tourism industry.

Average hotel occupancy rates of 64 per cent over the last six months are only six points lower than pre-pandemic occupancy rates. Jiwani was also excited to share that in June, the occupancy rate was over 85 per cent – outperforming 2019 figures.

Photo (l-r): MP Paul Chiang, Mayor Frank Scarpitti, MP Helena Jaczek, and Shafik Jiwani discuss the new funding as they stroll through Wismer Park. The park is one of several city green spaces to benefit from the funding with new trees through the city’s Trees for Tomorrow program.