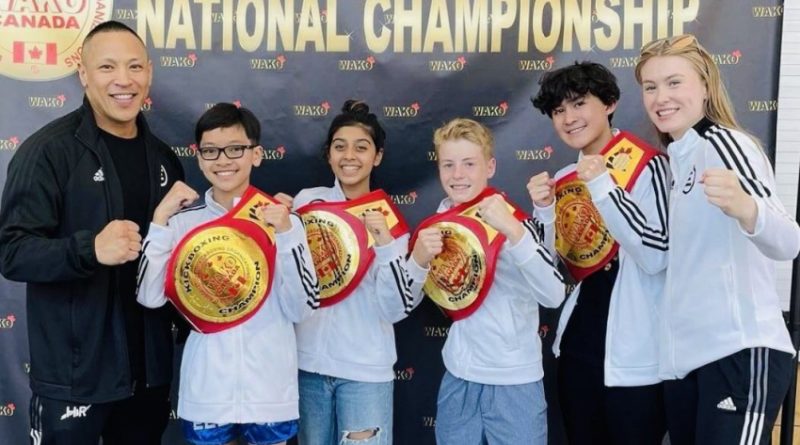 Elevation Martial Arts (EMA) athletes travelled to Niagara Falls on June 3 for the WAKO Canada Nationals — a large kickboxing tournament that had athletes attending from across Canada  — to compete to be national champions in their age and weight division.

EMA had the most national titles won by any club there, with its youngest competitor being 7 years old, as well as the most amount of medals.

All the athletes trained very hard for this competition and showed great resilience, strength and determination.

Ryan M and Issac have now qualified and have been selected to represent Team Canada at WAKO Worlds in Italy this September, alongside head coach Ritch Cruz, who was selected as a National coach for Canada.

Coach Morgan was also selected to coach the provincial team at the upcoming Ontario Winter Games, along with Coach Ritch and seven other athletes.

There are more competitions coming up this summer, as well as the provincial championships in November and the Ontario Winter Games in February.

Dystonia is a neurological movement disorder that is characterised by involuntary muscle contractions, which force parts of the body into