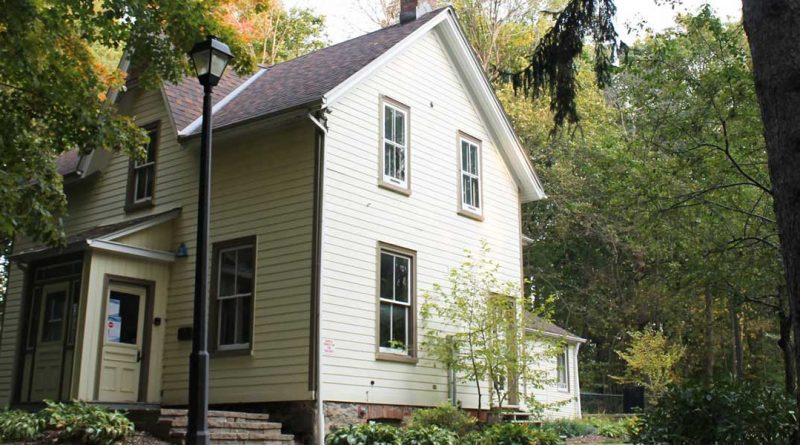 Discover why five members of Canada’s renowned Group of Seven artists called Thornhill home and learn about the art they created while living there on a guided walking tour.

The Thornhill Historical Society is hosting the inaugural Group of Seven and Contemporaries Guided Walking Tour on Sunday, June 12 at 11:30 a.m. and 1:30 p.m. and invites you to sign up here.

The tour begins in front of the J.E.H. MacDonald House at 121 Centre St., home to a founding member of the Group of Seven. James Edward Hervey MacDonald immigrated to Canada from England with his parents in 1887 and studied art in Toronto. He purchased the house in 1913 for $6,500. His best-known painting, Tangled Garden (1916), illustrates the grounds at the home, which sits on four acres of land and was built in the late 1800s.

From there, the 3.5- to four-kilometre tour travels down John Street, through Pomona Mills and back within 60 to 90 minutes. There’s no fee, but participants are asked to consider making a donation to the Thornhill Historical Society and its efforts to promote Thornhill’s history and architectural heritage. You can give your donation to the tour guide or at the Thornhill Historical Society booth.

The Group of Seven, sometimes known as the Algonquin School, was a group of Canadian landscape painters from 1920 to 1933. Members believed a distinct Canadian art could be developed through direct contact with nature. The group is best known for paintings inspired by the Canadian landscape and initiated the first major Canadian national art movement.

Walking Tour participants are encouraged to take a “sense of curiosity, a few questions and a willingness to learn something you might not have known before.” Several community groups will have a booth at the event, including the Thornhill Historical Society, Thornhill Heritage Foundation, Thornhill Garden & Horticultural Society and the
McMichael Art Collection. There will also be a refreshment booth. To learn more and/or to sign up, click here.