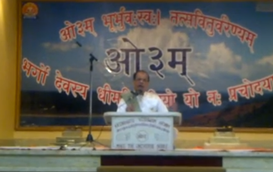 A “cornerstone” of Markham’s Hindu community is being remembered as a “champion for diversity and inclusion” and a “friend to many.”

“We lost our guardian; a people’s leader,” members of those two organizations say in a joint statement. “He was an inspiration to all of us. Erry Ji embodied and practised those qualities and will eternally be remembered accordingly. We hope and pray that his legacy continues in the same vein so that future generations can experience his contributions.”

A leader in the Indo-Canadian community, Erry sat on numerous boards and committees, including the Canadian Federation of Intercultural Friendship and Taste of Asia. He contributed to numerous interfaith discussions through the Intercultural Dialogue Institute and received York Regional Police’s Deeds Speak Award for his contributions to promoting and celebrating diversity.

“A champion for diversity and inclusion, Mr. Erry was a respected spiritual leader in our Arya Samaj Hindu community and a friend to many,” says Markham Mayor Frank Scarpitti.

“On behalf of Members of Council and the City of Markham, I offer my sincere condolences to the family of Mr. Erry and I salute the memory of a man that dedicated his life to bringing people together. On a personal level, I always respected his words of wisdom and advice, which was often given in the spirit of who he really was – a true gentleman. We will never forget his immense contributions to Markham.”

Flags at the Markham Civic Centre have been lowered in Erry’s honour. In keeping with provincial COVID-19 stay-at-home measures, his family has requested no visitors. Sympathies and condolences can be sent to [email protected]