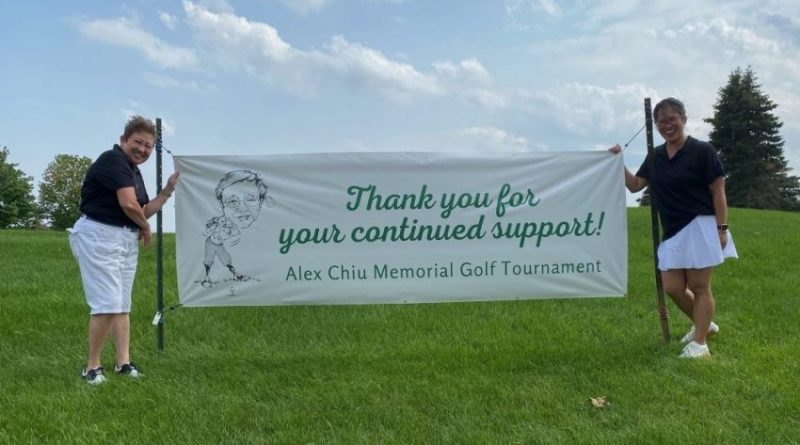 For over 20 years, Chiu raised funds for many different worthy causes. With his retirement from Markham Council in 2018 and his death in 2021, ALS Double Play took over Chiu’s annual tournament.

Proceeds from the tournament will go toward the Christopher Chiu Fellowship for ALS research at the University of Toronto, Canada’s largest and most internationally published ALS research lab.

As some people may know, Alex and Alicia lost their son to ALS in 2016 after a five-year battle. Christopher was only 32 years old when he became sick with ALS and the family has no genetic relationship with the disease. Christopher’s sister, Cherrie-Marie Chiu, started the charity ALS Double Play to raise awareness and help fund research for ALS.

ALS Double Play is grateful for the support of its sponsors, friends and players. Through each event the charity holds, it shares stories of people who are battling ALS or pays tribute to those who have been lost to this fatal disease.

“While ALS is an incredibly devastating disease, we always want people to leave our events feeling hopeful and good about what they’ve done to help the ALS community,” Cherrie-Marie says.

Golfers enjoyed connecting with friends and colleagues at the BBQ lunch, a beautiful day on the course and were sent home with steak to cook themselves. ALS Double Pay thanks all their sponsors, golfers and volunteers who helped make the day an amazing success. “We hope to see everyone next year,” says Cherrie-Marie.