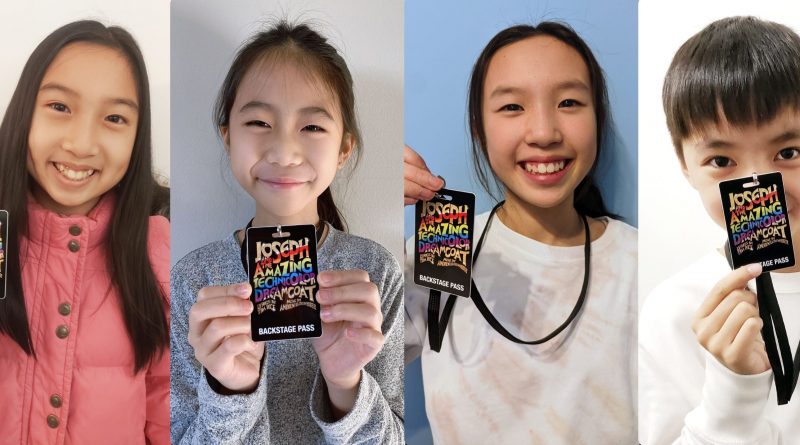 The dreams of four local students are coming true after being selected to star in Mirvish Productions’ Joseph and The Amazing Technicolor Dreamcoat.

“It’s a chance of a lifetime for these young performers to be in a production of this significance at such a young age,” says Harriet Chung of Harriet Chung Performing Arts (HCPA) in Stouffville. “They all worked so hard to get to where they are now. I’m so proud of and excited for each of them.”

The production opened in London, Eng. and will hit the stage at the Princess of Wales Theatre in Toronto for a limited North American premiere engagement beginning Sunday, Dec. 11 through Saturday, Feb. 18.  (Click here for ticket information.)  The musical launched the Rice-Lloyd Webber collaboration and is based on the biblical story of Joseph’s ‘coat of many colours’ from the Book of Genesis.

In this production, Joseph’s brothers and their wives, traditionally played by adult actors, will be played by children. Markham resident Isaac Chan will play Joseph’s brother Benjamin, as well as the role of Potiphar. Stouffville’s Lavinia Luk will play Benjamin’s wife, Richmond Hill’s Chloe Cheung will play Judah’s wife, and Evelyn Fu of Markham will play Gad’s wife and butler.

HCPA teaches musical theatre, singing and dance classes. Some of its students have starred in numerous professional musical theatre, film and TV productions. Some have received scholarships to attend the full-time program at the National Ballet School of Canada. Chung recently received numerous awards for her portrayal of the titular character in the internationally acclaimed musical, Golden Lotus.