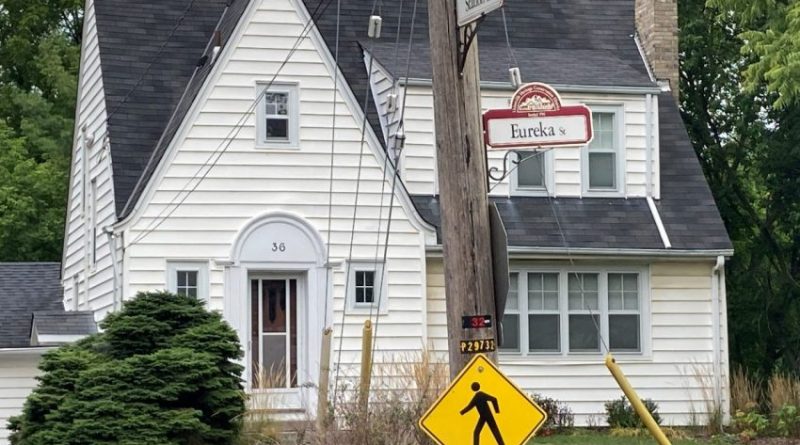 A proposed new Unionville parkette got a positive reception from the City of Markham Development Services Committee at its Sept. 6 meeting.

Their proposal outlines an amendment from the shared properties’ current residential zoning designation to an open space designation to allow for a parkette on the subject lands.

Evan Manning, senior planner with the City of Markham Heritage Section, explained that the three houses have heritage designation.

The house at 34 Eureka Street, built in 1958, is given a “C” ranking for its value relative to other buildings in the Unionville HCD. Given its modest value, the plans propose demolition of the house so that the entire property can be used for the parkette.

Houses numbered 36 and 38 are deemed to have “B” rankings and will remain given their “more significant” heritage value.

The plans propose that 45 metres of the rear yards get severed for parkland use. The houses will continue to operate as dwellings with smaller private lots.

The resulting parcel of 0.95 acres from these changes, combined with the existing park area adjacent to the properties, would result in an L-shaped parkette totalling 1.53 acres.

The proposed parkland dedication by Minto Communities Inc. is associated with the developer’s adjacent redevelopment at 17 Anna Russell Way.

According to the municipal approval process for land development, redevelopment, subdivision, consent, and site plan applications, developers must contribute land to the city for parks.

Alternatively, a developer must provide cash-in-lieu of parkland when there is a limited opportunity within a development to provide park space. Instead, the developer pays the city for park development elsewhere.

Lauren Capilongo, project manager and planner for Malone Given Parsons Ltd., asked the committee for its consideration to expedite the zoning request, given the project is “truly in the public benefit and the public good.”

She added that the parkette will serve the Unionville Home Society campus and surrounding residents, including those Minto will bring to the neighbourhood through their redevelopment plans.

Deputy Mayor Don Hamilton referred to the re-zoning proposal as “a no-brainer.”

“This is really necessary. This is going to make a nice spot for people to live,” he added. “This is exactly what we’re talking about in the parkland acquisition study and our parkland bylaw. You want to get the parkland on-site. Forget the cash-in-lieu. This is what we want.”

“This is going to be a great neighbourhood asset, so thanks to Minto Communities. They’ve been a great community partner,” he added.

The committee moved to direct the proposal to city council for review at its next meeting.

Photo: 36 Eureka Street is one of three houses situated on a land parcel under review for re-zoning. The house will remain on the site as a designated heritage dwelling, while part of its yard will be severed for use in the proposed 1.53-acre parkette.

Have your say on bylaw services, infill development

Discover the buzz about trees in virtual contest