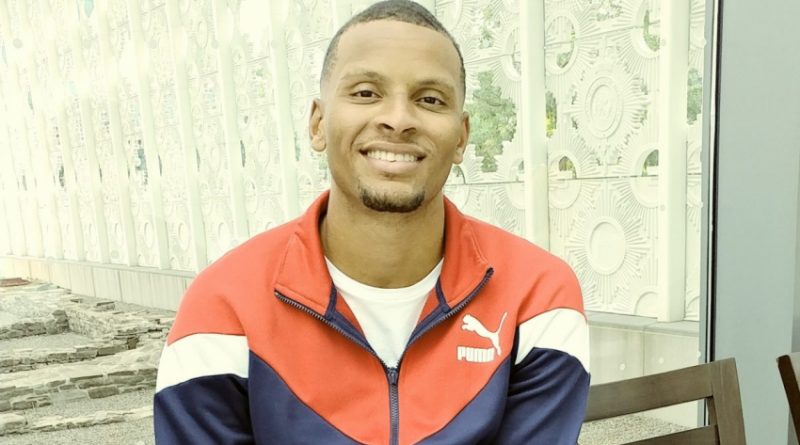 In July, Canadian runner Andre De Grasse and his teammates won gold at the men’s 4x100m relay, at the World Track and Field Championships. It’s been the latest in a journey of success for the athlete who grew up in Markham.

De Grasse, convinced by a friend to try out for the York Region High School Championships in 2012, ran his first race while attending Milliken Mills high school. Amazingly, the first-time runner came in second place. Former Canadian Olympic medalist Tony Sharpe was in the stands, and took note of De Grasse’s skill, deciding then and there to be the young man’s mentor and coach.

It didn’t take long before De Grasse consistently won run after run, and over the past ten years, he has made a place for himself as one of this country’s most known, and most medalled runners.

Today, Sharpe remains his “greatest role model,” and someone that he looks to “as a mentor who has helped me throughout my journey.”

At age 27, he’s won about as many medals and awards as he has years of his life.

In 2014, at the NCAA Championships, De Grasse won both the 100m and 200m races. He is a five-time Olympic medalist – two bronzes (Tokyo, 2021), two bronzes and a silver (Rio, 2016) – with a long line of national and international top placings going back nearly a decade.

As a self-described “man of faith,” De Grasse has used his name to give back, and further good causes, having created the Andre De Grasse Future Champions Fund, which he says is his “greatest accomplishment.”

“I’m able to give kids scholarships, help provide them with education and resources for Track and Field. Equipment can be expensive, like spikes and running shoes. It’s good to be able to provide that for them and be able to give them that opportunity so they can be that next star. For me, it’s really special.”

He explained that he wanted to be “able to return that favour to the next generation of athletes,” in addition to branching off to help SickKids and other organizations. “I’m trying to help that next generation in other aspects of life.”

Lending his name in other ways, De Grasse was a celebrity keynote at the July 27 Toronto launch of Tre Stelle’s latest product, Cheezemade, touted as the first-ever dairy-based meat alternative substitute in Canada.

The brand tie-in dovetails, he says, with his realization that he needed to zero in on nutrition in his life. “When you are young, you don’t take that as seriously as much. When you get older you realize you have to really pay attention to what you put in your body. You don’t want to be sluggish the next day at practice. It’s a longer recovery; things are a little different as you get older. Your body doesn’t react the same; you gain weight easier,” he says.

“All these things are just – your metabolism starts to go. I think of myself as a fast car. You want to put that premium oil in. You don’t want to the regular gas in, or you’ll break down.”

It is one of many challenges for the runner and sprinter, including the need to manage time with a wife, two young children, and practice. “My schedule is all over the place. I’m trying to have that balance between family, my sport, and having time for myself,” he says. “There is only so much time to go around. So, I try to enjoy the moments I can with the people I love, and also be competitive in my sport to accomplish my dreams as well.”

He adds that most people don’t know that his schedule demands he train six days a week for five hours a day. “It’s like a full-time job,” he says. “A lot of people think we just show up and run.”

When asked what advice he has for young athletes who want to follow in his footsteps, it’s simply: “Really just have fun, stay positive. There are always going to be ups and downs in the road, but continue to push yourself and keep striving for greatness for yourself, and you’ll be successful.”

Photo: In July, Canadian runner Andre De Grasse and his teammates won gold in the men’s 4x100m relay, at the World Track and Field Championships. Story and photo submitted by Dave Gordon.