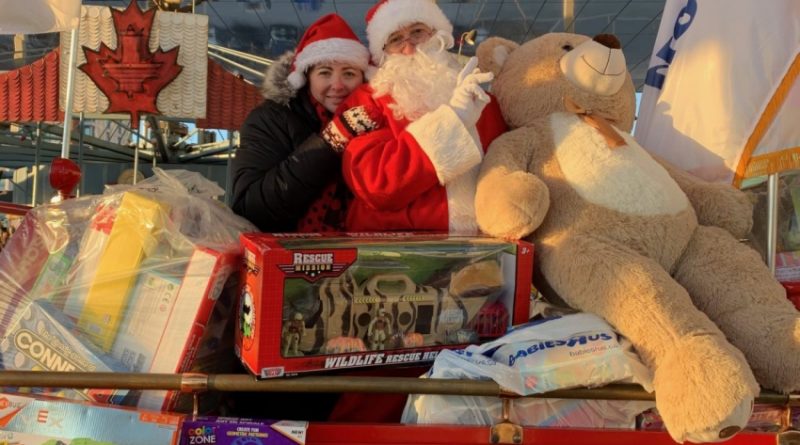 This year marks the 27th anniversary of the CTV Toy Mountain Drive. The Salvation Army invites businesses and community groups to become partners – to collect toys –  and to help build Toy Mountain.

Santa (AKA Danny Fantini) and his daughter Lori Manserra are looking forward to another holiday season that will bring lots of joy to families in need.

Santa and his helpers will be at the Pride of Canada Carousel located in Downtown Markham on three weekends in December.

Santa will also make a special appearance after dinner on December 2., as CTV News will be filming there at 6 p.m.

Photo: Santa will be collecting unwrapped toys at the Pride of Canada Carousel.