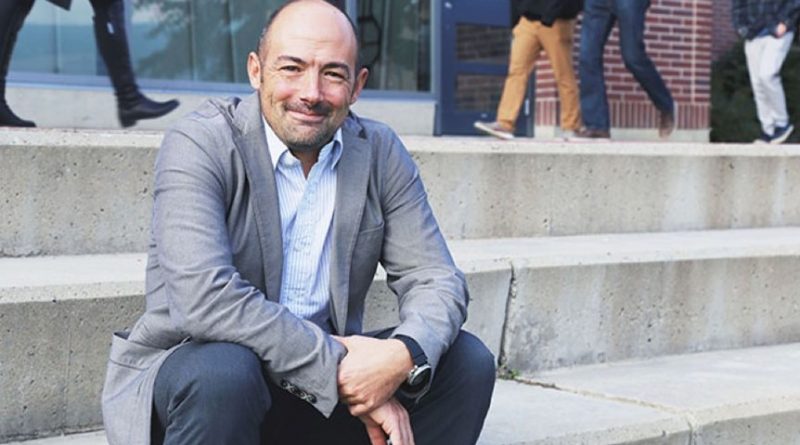 York University’s search for an academic leader who can bring “energy and vision” to the unique opportunity to build a 21st century campus in Markham is over.

Gordon Binsted from University of British Columbia has been appointed Deputy Provost of Markham Centre Campus for five years beginning in January. While at UBC, he developed a campus-wide co-op program and a campus-industry incubator, and advanced supportive admissions for Indigenous learners.

“It is privilege to be joining one of the best universities in the country at such a pivotal time in its history,” says Binsted. He served most recently as Dean of the Faculty of Health and Social Development at UBC’s Okanagan Campus. As Founding Director of the School of Health and Exercise Sciences there, he developed new degree programs and re-designed curricula while remaining committed to research.

Binsted previously taught at the Universities of British Columbia, Saskatchewan and Illinois, Urbana-Champagne. He held roles as Research Fellow at University of Aberdeen and the Beckman Institute in Illinois.

Binsted earned degrees from University of British Columbia, McMaster University and University of Alberta, where he completed his PhD in experimental psychology. His research explores ways in which the human brain controls movement by detecting and using sensory information. He has received numerous research grants, including several from the National Sciences and Engineering Research Council of Canada and the Canadian Foundation for Innovation.

As Deputy Provost, Binsted is tasked with providing collaborative academic leadership with respect to all aspects of design, development, launch and ongoing success of the new campus. “We are delighted to be welcoming Dr. Binsted to York as our new Deputy Provost, Markham, and we look forward to working closely with him as we prepare to welcome our first cohort of students in September 2023,” says Rhonda Lenton, President and Vice-Chancellor.