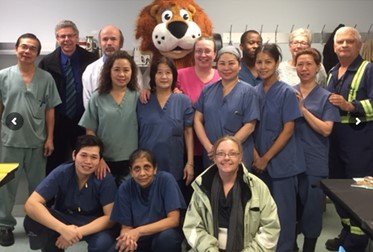 The Sofina Foundation, the charitable arm of Markham-based Sofina Foods Inc., looks forward to supporting a record number of children’s charities thanks to generous employees and suppliers.

Its Dream Builders’ Campaign raised $395,000 this year – a significant increase over previous years – bringing the total raised to more than $2 million.

As part of the campaign, employees organize and take part in a variety of initiatives to raise money in support of children’s causes. Sofina Foods matches each dollar raised to double the campaign’s impact. Through the national initiative, Foundation has granted numerous wishes for families of critically-ill and medically-fragile children, sent children with cancer to camp, supported urgent mental health initiatives and more.

“For the Foundation to have hit the $2-million mark and to have done so with increased contributions this year underlines Sofina’s commitment to social responsibility and a willingness to share our resources with those in greater need,” says Sofina Foundation President Umeeda Madhany. “It is a testament to who we are and our culture of giving.”

The Sofina Foundation was established in 2007 with a focus on supporting causes related to children’s issues and received charitable status in 2014. It has teamed up with charities across Canada to positively impact the communities in which it operates. Here in Markham, it supports several shelters and community programs through its partnership with Second Harvest. Its employees have taken part in the Big Bike Ride in support of the Heart and Stroke Foundation.

Sofina Foods is a privately-owned Canadian company with a family of branded products that includes Cuddy, Lilydale, Janes, Mastro, San Daniele, Fletcher’s, Vienna and Zamzam. It expanded into Europe and the United Kingdom last year by acquiring several pork and seafood manufacturing companies. Globally, it operates 44 sites and has more than 13,000 employees, making it one of Canada’s largest food companies.

Photo of Sofina Foods employees courtesy of the Sofina Foundation.