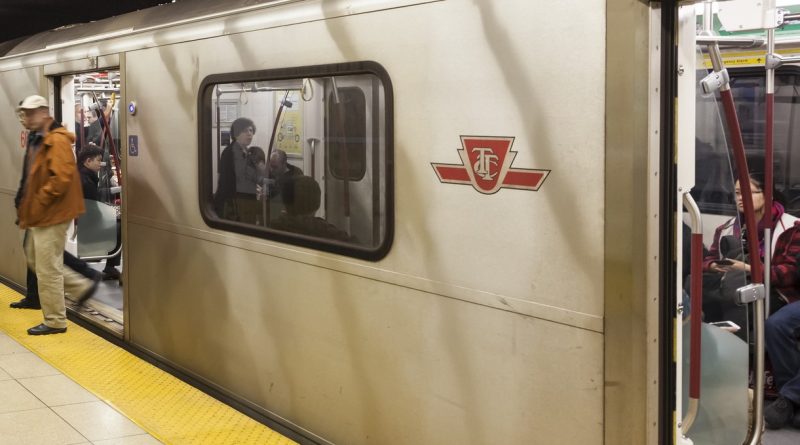 The latest plans for the Yonge North Subway Extension show how the project will make commutes faster and easier for tens of thousands of people travelling between York Region and Toronto.

The recent release of an updated business case is an important step forward for the project, which calls for roughly eight kilometres of new subway service on Line 1, extending north from Finch Station to Richmond Hill.

One of the more noticeable and innovative changes in the updated plan is how the line will run at ground level in the northern part of the extension, linking up with the CN railway corridor in the area of Langstaff Road.

Adjusting the route of the line in this area will better position the project to serve the Richmond Hill Centre and Langstaff Gateway urban growth centres, which are poised for significant development. Creating stronger connections here will mean better connections to transit, including the Richmond Hill GO train line, and less traffic congestion as communities grow.

This shift will also ensure the project can be built in less time by minimizing lengthy and disruptive excavations, in turn reducing inconveniences to neighbouring communities.

The adjusted plans also protect for further extension of the line in the future by positioning the northern end of the project along a pre-existing rail corridor.

As jurisdictions look at ways to manage the impacts of COVID-19, the thousands of jobs and over $3.6 billion worth of economic benefits this project will generate will also help stimulate the economy. During construction, the project is expected to support the equivalent of 4,300 full-time jobs each year, leading to new opportunities for businesses and workers that provide the services and equipment needed to build and operate the extension.

The Yonge North Subway Extension will bring a world-class level of convenience and a better quality of life to the communities it serves. The extension will eventually accommodate 94,100 boardings each weekday and put 26,000 more people within a 10-minute walk to a station. The project is expected to reduce commute times to downtown Toronto by as much as 22 minutes.

The extension will also offset traffic congestion as drivers get out from behind the wheel in favour of using the subway. It’s predicted that the extension will reduce the total distance travelled by cars during the morning rush hour by 7,700 kilometres, leading to a reduction of 4,800 tonnes in auto-related greenhouse gas emissions each year.

Planning teams investigated three options for the route, or alignment, the extension will follow.

One option looked at the project as initially proposed, while teams explored new routes for the northern portion of the alignment in the other two.

Ultimately, the alignment that is moving forward for further study places the northern section of the extension at the surface along the existing CN Railway corridor, instead of tunneling all the way to Richmond Hill.

Under this proposed plan, the line curves away from Yonge Street near Centre Street and runs underground to the proposed subway tunnel portal south of Langstaff Road, aligning with the CN Railway corridor.

This approach eliminates the need for time-consuming and disruptive tunneling and station excavations through the northern segment of the extension and limits the need for large, disruptive excavation sites for underground stations and exit buildings. This allows Metrolinx to limit property needs in areas of the surface-level alignment. By using a dedicated railway corridor that already exists, the project can be finished sooner with fewer hydro, natural gas, and water service disruptions for the community during construction.

Since building above ground is also less costly, this approach maximizes the number of stations included in the project. It also positions the northern stations at sites that provide better transit connections and more opportunities for nearby communities to grow and evolve.

The station previously referred to as Richmond Hill Centre has been tentatively re-named High Tech Station and moves slightly south-east of the original site. It will be built at surface level, beneath the bridge along High Tech Road that spans the CN rail corridor.

The station previously referred to as Langstaff in previous proposals now moves east and slightly north, to be built at surface level between Highway 7 and Highway 407. This station is tentatively called Bridge Station.

A major benefit of Bridge Station is that it will provide a convenient connection to the Richmond Hill GO train line and many local and GO Transit bus services. It will also link the Richmond Hill Centre and Langstaff Gateway urban growth centres, at roughly the midpoint of each.

These two future communities share more than the boundary of Richmond Hill and Markham. They are united by a vision of transforming into unique urban cores along the Yonge Street corridor.

“Bridge Station maximizes the potential for new communities to grow by bringing the subway closer to development areas,” says Becca Nagorsky, Principal Sponsor of Planning and Development with Metrolinx.

And while these plans are critical in helping Richmond Hill Centre and Langstaff Gateway become modern, vibrant communities, the convenient access to the region’s transportation network via Highway 7 and Highway 407 also plays an important part. However, the overpasses, barriers and ramps that make up the highway infrastructure also divide the two halves of this burgeoning hub and present age-old challenges for development next to major highways.

The Bridge Station site, located right between those highways, maximizes the development potential of land that might otherwise go unused and preserves valuable nearby development space that will bring more opportunities for these areas to flourish.

“It vastly improves bus-to-subway transfers by putting the subway station in the path of the Highway 7 VIVA rapidway,” Nagorsky explains.

“That means buses don’t have to divert off their routes in order to connect to the subway.”

While all six previously envisioned stations were studied in the business case, detailed analysis shows that the $5.6 billion funding envelope announced for the project can accommodate four stations, if the extension follows the newly proposed alignment.

Steeles, Bridge and High Tech stations were determined to be essential for maximizing the benefits of the project. These stations will significantly improve access to frequent rapid transit and support the growth of the neighbourhoods they serve.

“The stations at Steeles Avenue and in the Richmond Hill Centre area, Bridge and High Tech, contribute a large portion of the extension’s ridership,” Nagorsky says.

“That’s particularly true of the riders who will access the subway by bus.”

Metrolinx is working with municipal partners to determine the best location for the fourth station as planning work continues. Metrolinx will also explore innovative funding partnerships that could support a fifth station as the analysis is refined.

Metrolinx and Infrastructure Ontario are working with the York Region Rapid Transit Corporation and the TTC, along with municipal partners in Toronto, Vaughan, Markham and Richmond Hill to bring the best ideas to the table and find innovative solutions at every turn.

“Input from our partners has been vital to ensuring we understand the needs and aspirations of each municipality,” says Stephen Collins, Metrolinx program sponsor for the Yonge North Subway Extension.

“Given their role in leading the project prior to Metrolinx assuming responsibility, their knowledge and background was helpful in accelerating our understanding of the corridor,” he says.

Collins adds that planning and design work previously completed by the partners was carried forward to the updated business case, including analysis of the Yonge Street corridor.

Another example of how Metrolinx is leveraging the experience and expertise of their municipal partners to make the project better is through local insights on how to integrate the extension into the wider transit network.

For example, planning data supplied by the TTC and the City of Toronto is being used to anticipate how expanding access to Line 1 subway service will affect the overall customer experience on the line, especially during peak travel periods. That helps the project partners design the Yonge North Subway Extension with the big picture in mind.

This project – along with its three cousins in the Subway Program portfolio and the many other transit projects underway across the region – will spread demand across the network as it expands.

What’s important to note is that the extension won’t come online until the Ontario Line begins operation.

When the Ontario Line goes into service, crowding could be reduced by an estimated 14 per cent on the busiest stretch of Line 1. Transfer stations like Bloor/Yonge could see crowding relief by up to 17 per cent.

The TTC is also working on system improvements throughout its network that will help ensure more frequent service and ease congestion on platforms.

Very soon, Metrolinx will hold virtual public meetings and other engagement opportunities to seek out input on the project to include wherever possible as planning continues, including environmental assessments.

The next step of the analysis for the project is to confirm the benefits of the extension and refine designs and delivery plans through the Preliminary Design Business Case.

To learn more about the Yonge North Subway Extension and to stay up-to-date on what’s happening in your community, visit Metrolinx.com/YongeSubwayExt.

You can always share thoughts, questions or comments on the project by emailing [email protected]