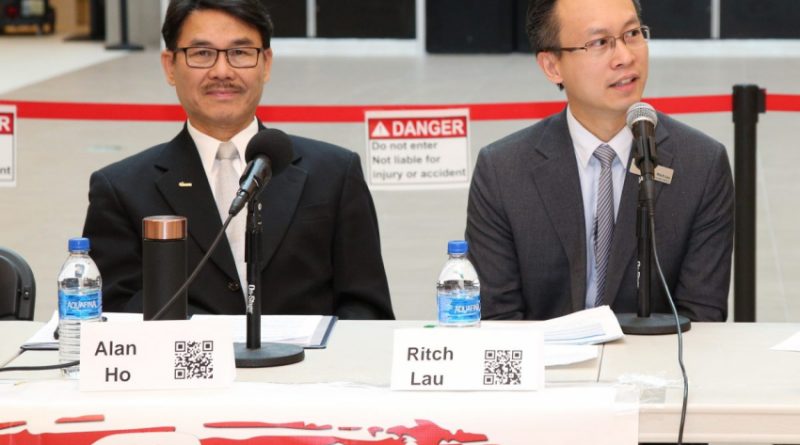 The event was organized by ACE (Active Community Engagement Ontario), aiming to dissect the newly legislated Bill 23 and reveal its pros and cons to our local residents.

ACE was honoured to have Regional Councillor Alan Ho and Markham Ward 2 Councillor Ritch Lau as guest speakers, and news critic Michael Cheng as moderator. Through their conversations and interactions with the audience, the two councillors were able to explain some specific contents of the bill that concern residents and address questions about the bill.

It is a bill intended to speed up house construction to address the housing supply shortage in our province. It is aimed to contribute to the province’s plan to build 1.5 million homes over the next 10 years.

The bill passed through the First Reading on Oct. 25 and received Royal Assent on Nov. 28 to become a new law.

Passing such an influential law in a short period of time has certainly brought controversy. Some critics say this bill has not addressed the issue of affordable housing as it does not provide enough initiatives on the construction of affordable rental housing and there is nothing in the bill that would guarantee improved housing affordability. Critics say the changes will also lead to higher property taxes, weaken conservation authority powers and diminish the role of Ontarians in land use planning.

To aid land developers in speeding up new home construction and lowering the overall home prices, the bill reduces the amount or exempts some of the land development fees that were supposed to be collected by the city. The effectiveness of this move, however, was questioned by both councillors.

They thought that not only would it not lower the home prices, but the reduced amount of fees collected would also eventually be covered by taxpayers. Otherwise, some municipal services would have to be cut to compensate for the lost budget. On the other hand, speeding up home construction means that the city will have to increase its capacity to build roads, water supply and sewage, stormwater management system, schools, community centres…etc. to facilitate the new homes and subdivisions.

Ho and Lau also questioned the capability of the city to accomplish all these tasks in such a tight timeline.

Apart from these, our provincial government will also allow parts of the Greenbelt to be allocated for residential land usage. Such a new policy has raised concerns from residents as well as environmentalists.

There is no doubt that the intention of legislating Bill 23 was good initially, as we certainly needed a policy in place to deal with our housing issue.

However, the passing of this bill seems to be a bit too quick for everyone to get to know what it is all about. It only took just over a month to receive Royal Assent from its First Reading. Until now, many Ontarians still do not know how Bill 23 will affect them and that this bill has already been passed. Due to the lack of the general public’s knowledge about Bill 23, ACE, therefore, decided to organize this forum.

Through the discussion and interaction between our two councillors and the audience, ACE was hoping that residents would know more about this new bill, pay more attention to it, and be aware of how it would affect them.