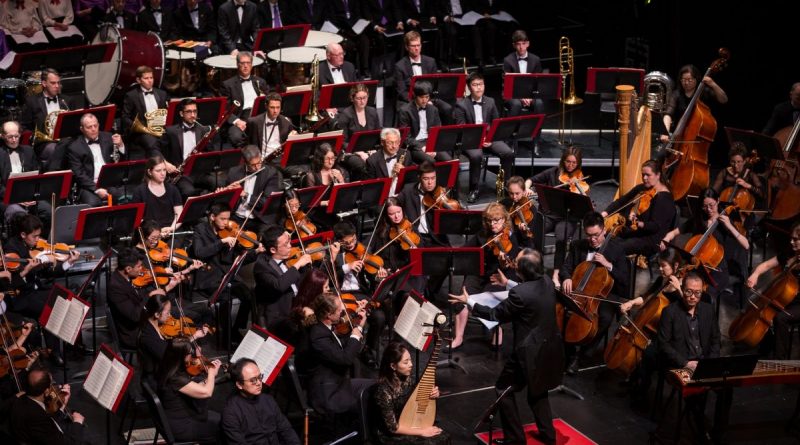 The Butterfly Lovers’ Violin Concerto was written in 1959 by Chinese composers Chen Gang and He Zhanha and is a story of broken hearts beautifully set to music that merges eastern melodies with western instruments.

Conductor Kristian Alexander is the founding Music Director and Principal Conductor of the KSO, a critically-acclaimed, auditioned-based civic orchestra that performs at the Flato Markham Theatre, the Richmond Hill Centre for the Performing Arts and the CBC Glenn Gould Studio in Toronto. Alexander is also the founding Music Director of the International Music Academy and the founding Artistic Director of Markham Contemporary Music Festival. He has conducted in major concert halls in Canada, Europe and Africa.

The KSO is an Ontario not-for-profit corporation and a registered public charity with the federal government. In addition to performing concerts, it offers several educational, community outreach, professional development and international cultural exchange programs.

It leveraged digital technologies and the internet during the pandemic and transitioned to offering live concerts via broadcast and stream. It now attracts patrons from as far as the U.S., Europe, the Middle East and Asia. In 2021, the KSO became the first orchestra in Canada to migrate to a fully digital library platform that permanently replaced paper-based music parts with iPad Pro tablets made available to all musicians.

The Locomotives, Butterflies and Puppets concert will be held Saturday, Dec. 10 from 8 to 10 p.m. at the Flato Markham Theatre at 171 Town Centre Blvd. Enjoy a pre-concert recital at 7:10 p.m., followed by a pre-concert talk at 7:20 p.m.

The event also includes an intermission discussion and question-and-answer period with Ye and host Michael Berec, a composer and conductor. Enjoy a post-concert reception.

Visit ksorchestra.ca to learn more about the KSO and its upcoming season. Tickets to Locomotives, Butterflies and Puppets start at $15.

Photo: The Locomotives, Butterflies and Puppets concert will be held Dec. 10 at the Flato Markham Theatre. Photo courtesy of the Kindred Spirits Orchestra.