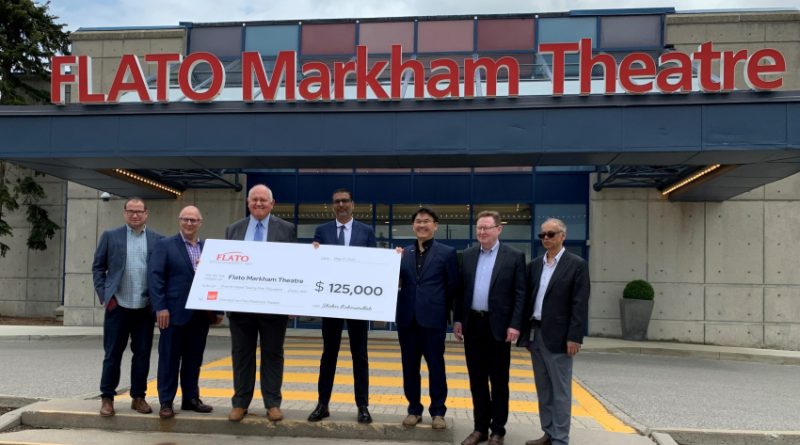 Flato Developments, headquartered in Markham and the naming sponsor of the theatre, has made an additional $125,000 donation to Flato Markham Theatre.

“Thanks to Shakir Rehmatullah’s generous contribution and support, some of the theatre’s onstage performances will be available to a broader audience online,” Markham Mayor Frank Scarpitti said.

“His commitment to arts and culture in the City of Markham is well demonstrated through many initiatives and this is one more tangible way to make the arts more accessible to those who cannot attend in person.”

This additional support also positions Flato Devolpments as the presenting sponsor of the 2022 Markham Performing Arts Awards, as well as, having sponsored Kaha:Wi Dance Theatre’s Indigenous production, The Mush Hole.

“Building homes and communities is a great achievement, but giving back is quite another,” said Rehmatullah, who has embedded philanthropy into the company’s corporate mandate.

“It is very important to us to contribute to the social and cultural framework of the communities where we build, and we hope to inspire others to step up and contribute as well.”

Launched by Rehmatullah in 2005 in Markham, Flato builds across Southern Ontario with an inspired vision of new and refreshing designs. In addition to this main mission, the company believes deeply in supporting people and places and has actively supported arts, education, healthcare, food banks and other institutions in the communities where they operate.

Starting in 2012, Flato Developments has committed for a 20-year naming right sponsorship for the Flato Markham Theatre.