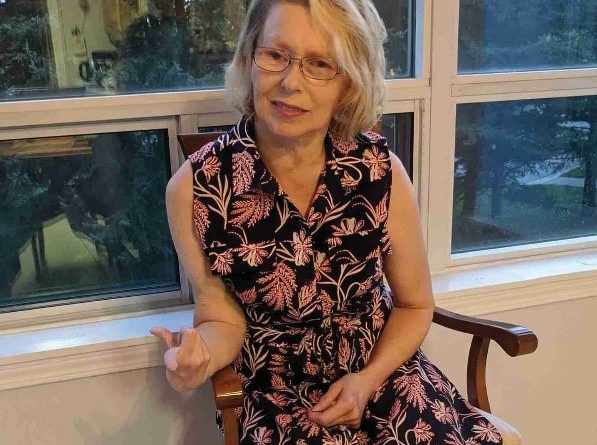 Dystonia is a neurological movement disorder that is characterised by involuntary muscle contractions, which force parts of the body into abnormal as well as painful movements or positions. It is a condition that knows no age, ethnic or racial boundaries – it can affect young children to older adults of all races and ethnicities.

The Dystonia Medical Research Foundation (DMRF) Canada has been putting a stronger emphasis on educating people on this disorder this month as September is Dystonia Awareness Month in Canada.

It is estimated that 50,000 people in Canada have dystonia. Dystonia is the third most common movement disorder following essential tremor and Parkinson’s disease.

Patients with dystonia may experience uncontrollable twisting, repetitive movements or abnormal postures and positions. These can affect any part of the body, including the arms, legs, trunk, face and vocal cords.

Dystonia can impact one body part (for example the face, neck, hands or feet), or it may be generalized throughout multiple muscle groups.

It is more than a movement disorder. Besides the movements and postures of dystonia, individuals may experience additional symptoms such as anxiety, depression, persistent pain, and impaired sleep.

There is no cure for dystonia, but treatments are available. Most therapies are symptomatic, attempting to cover up or release the dystonia spasms; therefore, there is no single treatment program appropriate for every case.

Dystonia may be genetic or result from other health conditions such as stroke, physical trauma, other diseases, or as a side effect of certain medications.

Jacqueline Bell, a longtime Markham resident, shares her story of living with dystonia.

When I was four years old, my life changed forever.

On November 30, 1963, I was in a terrible head-on collision and fell into a coma. Two and half weeks later, I woke up in a hospital, with my right side paralyzed and unable to speak.

My father’s legs were crushed; causing fractures that left him in casts for several months and kept him in life-long chronic pain. My mother was severely cut and bruised but was largely physically spared from our accident. However, the wounds weighed on her emotionally for the rest of her life.

After three weeks in the hospital, I began showing movement in my right shoulder and was sent home to be with my family on Christmas Eve. While I regained my speech, my right side began twisting inwards. My right ankle twisted so much that I had to walk on the outside of my foot. I walked like this until I was seven when I could no longer walk and was forced into a wheelchair.

With no formal diagnosis, I underwent numerous surgeries at 10 different hospitals. Initially, each surgery was successful. I would spend weeks at home seemingly getting better. However, like clockwork, my right side would twist again, and I was back in a wheelchair. I would then spend weeks in the hospital undergoing tests, treatments, and surgeries. This cycle went on for years: two weeks at home, two weeks at the hospital. Doctors were puzzled by my symptoms, and it wasn’t until I was 12 that I first heard the word dystonia. Eventually, I was diagnosed with secondary dystonia caused by trauma.

Because of my disability, society tried to limit me. In high school, I couldn’t take classes on the second floor because I couldn’t walk up the stairs; there was no elevator and no consideration for people with disabilities. Even if I excelled in a subject, if it was upstairs, I couldn’t attend.

During high school, I decided my dystonia wasn’t going to hold me back. No longer would I allow people to put me down or get in my way. Regardless of how long it took me to do things, I had the conviction to lead an independent life.

In 1978, I met my husband, John. He had been in a car accident the year prior resulting in a brain injury that left him largely unable to speak. Although we struggled to communicate, we bonded over our similar life experiences and shared interests.

With John’s encouragement, I attended college. I still used a wheelchair occasionally and struggled with commuting to school, but I persevered and eventually became a Developmental Service Worker. For me, my education and my career were proof that I could achieve anything.

In 1985, John and I got married, and by 1990, we were raising two wonderful boys. It was a monumental task for two people with disabilities to raise children, but we managed. 36 years later, John and I are still married and over the last three years have welcomed two amazing grandsons to our family.

More than a decade ago, I was introduced to DMRF Canada, and I joined the Toronto-area support group. Our close-knit group has bonded over our experiences and shared struggles, and for the first time in my life, I was welcomed into a community of people just like me. Without the peer-support network, I discovered through DMRF Canada, my life would be far emptier.

As the only foundation in Canada dedicated to the dystonia community, I know what a crucial role they play in finding better treatments and a cure for dystonia. Continued updates on DMRF-funded research findings renew my hope for a cure for this devastating disorder.

My car accident still plagues me 57 years later. I have never regained the use of my right arm and hand, and some days I still need my wheelchair. I have undergone over 40 operations, and I take regular medication and require several treatments a year to help control the pain and muscle spasms.

Yet, I am grateful for my life. My wonderful family, and support system including my brilliant doctors, nurses, and therapists, has fueled me to achieve my goals, despite the challenges that dystonia has brought. The community that I’ve found through DMRF Canada has provided me with purpose and has inspired my passion for disability awareness and advocacy.

I am proud of my story and honoured to be able to share it, but it is just one of tens of thousands.