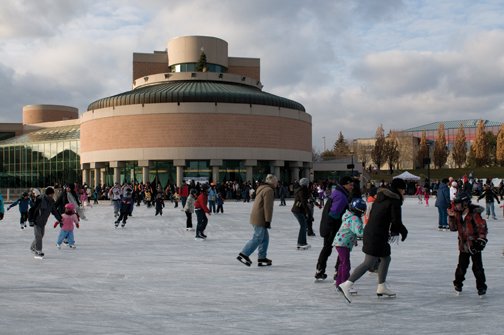 The City of Markham and the Regional Municipality of York both landed in the top 15 of Canada’s Best Employers for 2022 by Forbes.

IBM, ADM (Canada), Aviva, Pet Valu, American Express and Honda Canada – all based in Markham – also made the cut.

“This ranking in the best of times is cause for celebration but given we improved our ranking in the midst of all the current challenges, it’s a testament to our staff’s continued leadership, commitment and hard work,” says Markham Mayor Frank Scarpitti. We are also proud to be joined by an impressive list of Markham-based companies that share our vision in delivering exceptional customer service and in shaping Markham’s innovation landscape.”

Forbes Canada selected the Best Employers 2022 through an independent survey of more than 10,000 Canadians working for companies with more than 500 employees in Canada.

The evaluation was based on direct and indirect recommendations from employees who were asked to rate their willingness to recommend their own employers to friends and family. Employee evaluations also included other employers in their respective industries that stood out either positively or negatively.

Canadians often judge their employers by a different set of metrics than their U.S. counterparts, according to Forbes. “Canada’s universal healthcare system and policy of publicly funded parental leave means companies have to distinguish themselves in other ways to attract and retain talent,” it says on its website.

“One factor that’s universal is corporate social responsibility and the impact that employers have in their communities. To attract talent in one of the most multicultural countries in the world, creating an inclusive culture is considered table stakes for many Canadian employers.”

Markham was named the best city employer for the second consecutive year and is ranked in the top two for government services and 15th among the 300 employers on the list, advancing from 18th place in 2021.

“The City of Markham is proud of its recruitment and retention programs we have built over time that positively engage and invest in our staff, while instilling a sense of belonging in the organization,” says CAO Andy Taylor. “We are currently undertaking an equity audit and update to our Diversity Action Plan, which includes a commitment to using an equity lens on all decisions made in our organization.”

Photo: The City of Markham and the Regional Municipality of York both landed in the top 15 of Canada’s Best Employers for 2022 by Forbes.

Have your say on bylaw services, infill development

Discover the buzz about trees in virtual contest