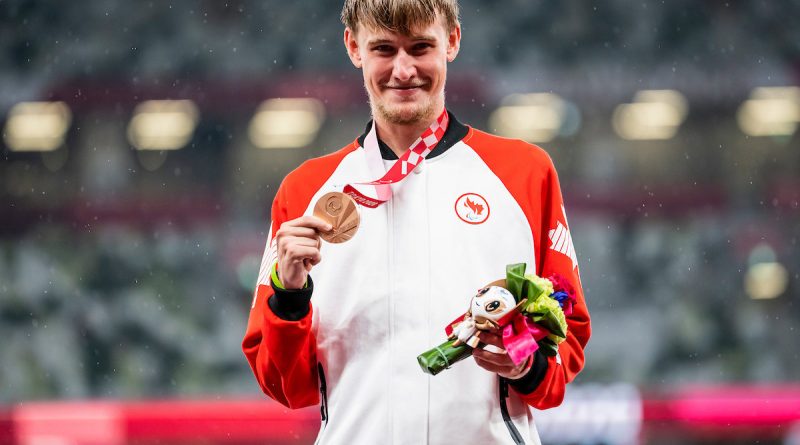 Gingras and his 4x100m universal relay teammates finished third in their heat and didn’t advance to the final.

Gingras earned gold medals at the 2017 World Junior Championships and the 2018 World Games, where he was Canada’s flag bearer at the opening ceremony.

He made his major Games debut at the Parapan American Games in Lima, Peru in 2019, racing to a silver medal in the T38 400-metre final with a time of 53.16 seconds. A few months later, he finished eighth in the 400 metres at the 2019 IPC World Championships in Munich, Germany.

The graduate of Bill Crothers Secondary School in Unionville lives with cerebral palsy, which affects a person’s ability to move and maintain balance and posture.

He trains at the Athletics Canada West Hub, based at the Pacific Institute for Sport Excellence in Victoria, and attends the University of Victoria where he studies computer science.

The 30-year-old Markham resident is a paraplegic resulting from a skydiving mishap in 2017. She won silver in the 200-metre race and a bronze medal in the 500-metre races at the 2019 Pan Am championships in Brazil.

Nelson finished fifth at the world championship the same year, securing Canada a boat for the Tokyo Paralympics.

Canada is represented by 128 athletes competing in 18 sports at the Games, taking place August 24 to September 5.