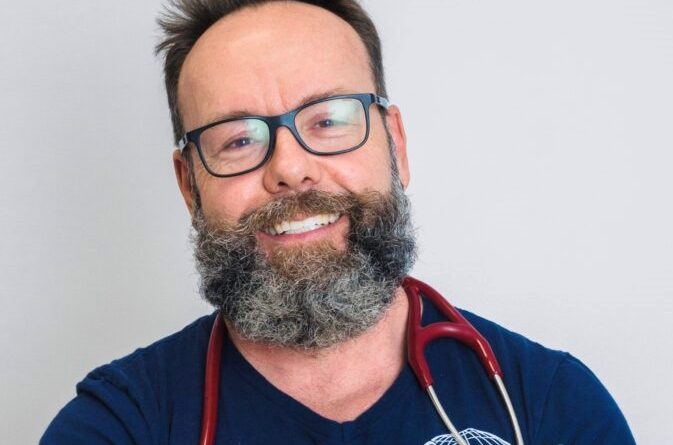 A popular Markham veterinarian is travelling to Poland to help animals displaced and wounded in the Russian invasion of Ukraine.

Dr. Cliff Redford, known as ‘Dr. Cliff’ to his clients, is scheduled to depart from Toronto on March 21 to help treat the animals, many of which have been caught in bombings and shelling and are suffering from injuries like burns, broken bones and post-traumatic stress disorder.

He will be joined by his 21-year-old daughter, Emily, who is already in Europe. “We will be working with several charities like ADA Foundation and Dioz and doing our little bit to help,” he says on his GoFundMe page, which had collected nearly $30,000 of his $35,000 goal by late Saturday.

The ADA Foundation is no-kill animal shelter in Poland that’s located just 30 minutes from the border with Ukraine. Dioz is a Polish animal charity that has been helping to transport abandoned animals in Ukraine since the invasion began. Redford’s clinic, Wellington Veterinary Hospital, is donating medication and supplies. The first $5,000 of the money raised will cover most travel expenses and the remainder will be donated to Dioz to purchase an animal ambulance, medical supplies and equipment.

Redford has previously travelled to Greece to rescue animals that were burned in wildfires. He has also travelled to Jamaica, Egypt, Panama and India to work alongside local staff at community-based organizations that carry out animal rescues, adoptions, advocacy and wildlife conservation. He shares his volunteer work on his YouTube channel, Dr. Cliff Worldwide Vet, and credits the experiences with helping him advance his own knowledge as he learns from vets who work with limited supplies and under “the most unimaginable” circumstances.

“I have known Dr. Cliff for almost 20 years,” donor Anita Bress wrote on Redford’s GoFundMe page. “I can honestly say that he is the most caring and compassionate vet ever. His love of all animals is unconditional and overwhelmingly kind and sympathetic. When I heard he was going to war-torn Ukraine to help, I was not at all surprised. We love you, Dr. Cliff.”

This is the first time Redford will volunteer in a country bordering a warzone. He plans to provide regular updates on Instagram @drcliffworldwidevet. Upon his return, scheduled for April 3, he will host a Zoom webinar to share photos and videos, answer questions and thank everyone who supported him.