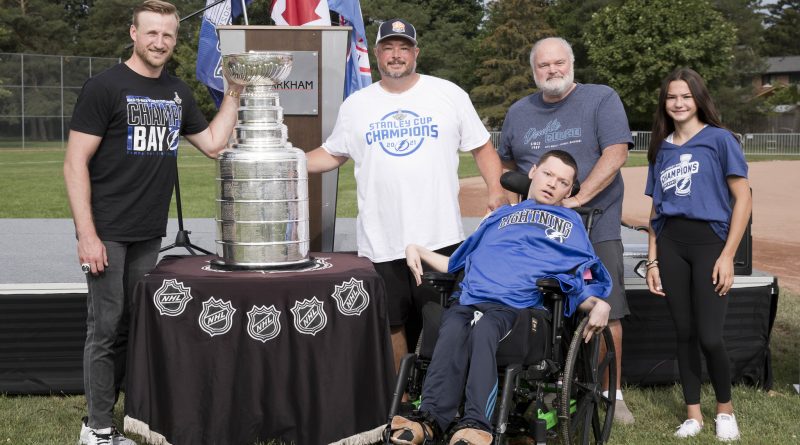 Hometown champion Steven Stamkos brought the NHL’s holy grail to Markham for a celebration with members of the Markham Waxers and Markham-Stouffville Stars hockey associations.

The team’s most recent title came in July after the club beat the Montreal Canadiens in the best-of-seven championship.

Due of the COVID-19 pandemic restrictions, Stamkos and his teammates were unable to have their own day with the Stanley Cup after defeating the Dallas Stars in September 2020.

The ceremony was held outside Crosby Memorial Community Centre in Unionville, where Stamkos first learned to play the game. The crowd was limited because of COVID-19 restrictions but current players on his former team, the Markham Waxers, were on hand to get their pictures taken with the Cup.

Stamkos was selected first overall in the 2008 NHL Entry Draft by the Lightning. He’s a two-time Maurice ‘Rocket’ Richard Trophy winner as the NHL’s leading goal scorer in 2010 and 2012, a two-time NHL Second Team All-Star and has been named to six NHL All-Star Games.