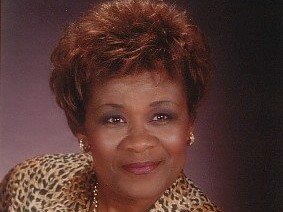 A former probation and parole officer, who served on the executive board of the Association of Black Law Enforcers, is the newest member of the civilian board that oversees York Regional Police (YRP).

York Regional Council appointed Norma McCullough to the YRP Services Board for a two-year term that began on January 1.

McCullough’s career and volunteer work spans more than five decades. In addition to working with Indigenous, Jewish, Muslim, Black, and many Asian and East Asian communities, she has served on several advisory committees, including the Centre for Addictions and Mental Health Advisory Committee.

McCullough led a workshop on offender rehabilitation in the community for the National Black Police Association in Los Angeles, Ca. and was a member of the Advisory Committee for the Metro Addiction Assessment Referral Program. She has served on the YRP Community Advisory Council for 31 years, including a period as its chair.

A York Region residence since 1983, McCullough earned a Bachelor of Social Work (Honours) from York University, a Bachelor of Arts (Criminology and Sociology) from the University of Toronto and a Certificate in Conflict Resolution from St. Xavier University in Chicago, Ill.

The YRP Services Board is made up of seven civilian members: one is head of municipal council, three are appointed by York Council and three are appointed by the Lieutenant Governor of Ontario. Its responsibilities include establishing policies for the effective management of the police service, approving the operating and capital police budget and developing a business plan for the police service every three years.