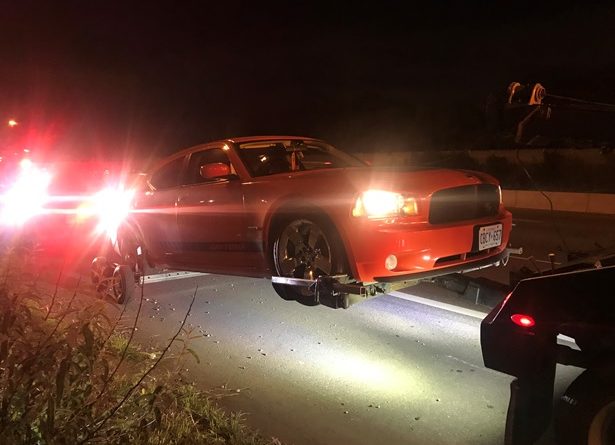 York Regional Police is continuing to prioritize road safety as they respond to increasing incidents of excessive speeding, stunt driving and racing.

This past weekend, three drivers were taken off our roads for driving more than 70 kilometres an hour over the posted speed limits.

On  August 7, just before 9 p.m., Air2 observed a vehicle in the area of Highway 407 and Warden Avenue, travelling at a high rate of speed. Air2 continued to observe the vehicle while relaying information on the vehicle’s location to officers on the ground. The vehicle reached a speed 176 km/hr. When officers stopped the vehicle, the driver showed signs of impairment. Alcohol and cannabis was located in the vehicle and the driver was charged with multiple offences.

In another incident, on August 8, at approximately 4:30 p.m., officers stopped a vehicle in the area of Elgin Mills Road and McCowan Road after it was observed travelling 144 km/hr in a 60 km/hr zone. The driver was charged and his vehicle was towed.

On August 9, Air2 was assisting officers with the #4 District Community Oriented Response (COR) Unit in a street racing prevention initiative. Just before 1 a.m., officers in Air2 observed a group of vehicles gathered on Applewood Crescent in Vaughan. Air2 relayed information to COR officers that the vehicles were racing. When officers attended the area, the vehicles fled in different directions. Air2 maintained observations on one vehicle that had been confirmed and captured on video engaging in racing. As the vehicle fled from the area, it was observed going 186 km/hr south on Highway 400. Officers located and stopped the vehicle and arrested the driver. A passenger in the vehicle was identified as the driver’s girlfriend, who was seven months pregnant.  The vehicle, an orange Dodge Charger, was seized and towed. A radar detector was located inside the vehicle and several charges were laid against the driver.

York Regional Police is making stunt driving offences a high priority to ensure the safety of our streets for those people who are driving to work or going out for essential items. Anyone caught driving more than 50 kilometres per hour over the posted speed limit can expect to be charged, have their vehicle towed and their licence suspended.

Citizens are encouraged to report unsafe driving, either by calling 9-1-1 if the incident appears to be a potential life-threatening emergency, calling the non-emergency line for vehicle gatherings that appear to be preparing to race, or by reporting the incident through the Road Watch program at https://onlinereporting.yrp.ca/RoadWatch.html.

Photo: The driver of a Dodge Charger was clocked going 186 km/hr on Highway 400.