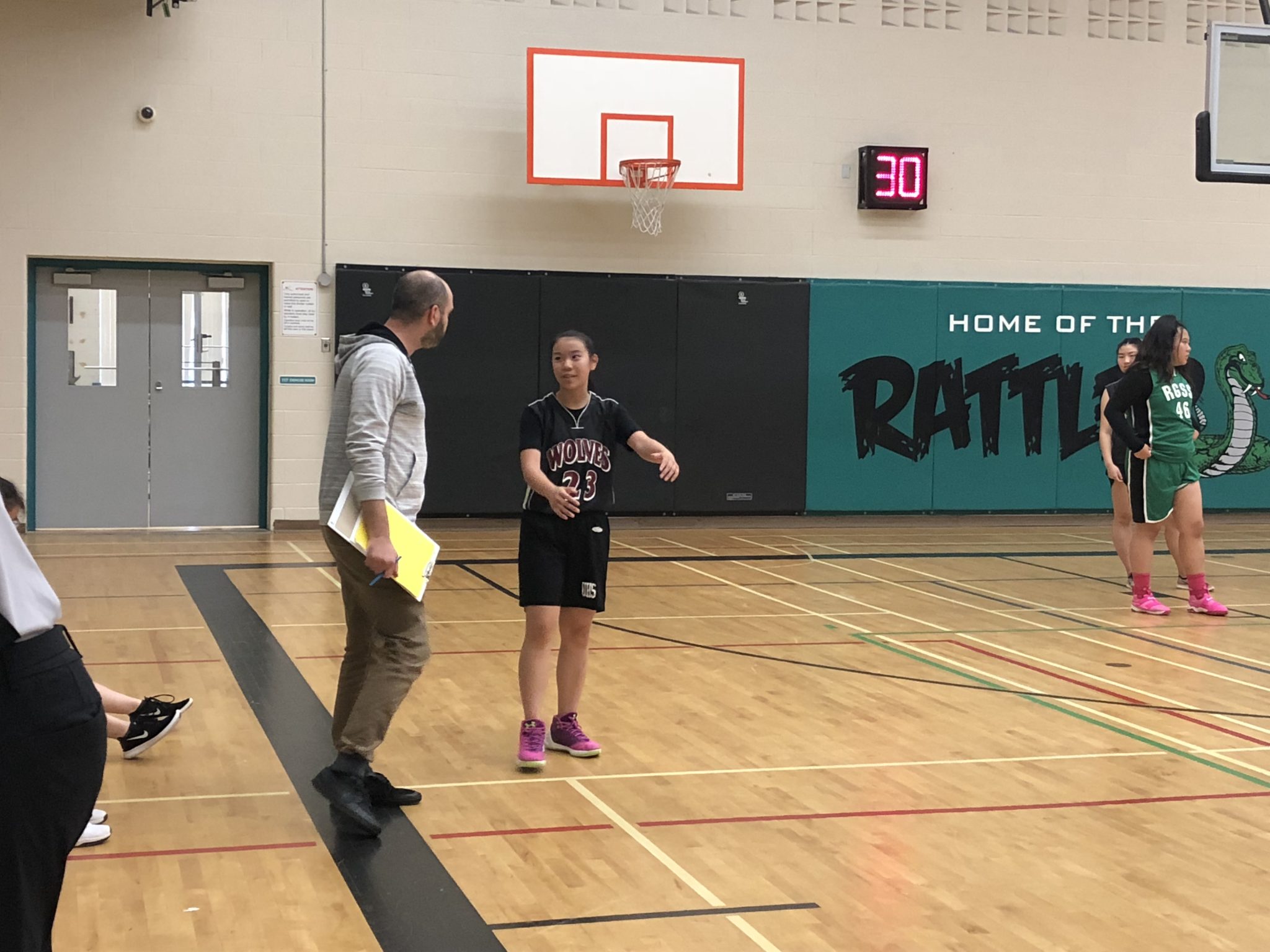 The point guard is the one that calls out and sets up the play. Basically, they’re the one in charge. For the Unionville Wolves, that role has fallen to a Grade 9 student.

Janet Tung has stepped into that spot for the senior girls basketball team and has more than held her own this season.

“She’s really impressed us since the tryouts,” said Unionville coach Dustin Cash. “She’s got a number of friends on this team, which I think motivated her to try out for the senior team rather than the junior team. To be honest, (point guard) was a position where we needed someone who was confident with the ball, knew the game of basketball and had the vision, and Janet exemplifies all of those things. So, despite the reservations you might have, she’s taken on the role really well and has grown tremendously.”

Tung was happy to get the shot to see some action with friends she hasn’t competed with in a few years.

“It’s been pretty cool,” Tung said. “I got to meet a lot of new people and reunite with my friends that I played with in elementary school. They’ve all been welcoming to me so far.”

Unionville began the year with a baker’s dozen of players selected from its tryouts, but the number of available players dropped to about half of that by the second week of the season.

“We have a 13-player roster, but because of circumstances, we had six or seven (for some games),” Cash said. “It’s a learning experience for these girls and they’re playing in roles they’re not normally accustomed to. It’s a challenge, but I think the girls really rose to it.”

It has also meant that they’re starting a Grade 9 student at the ‘one’. For Tung, it’s a position that she’s comfortable with, although playing high-school basketball means she now has to take on some added responsibilities.

“I played point guard all through elementary school, so that part isn’t really new, but the plays we call now are different and I have to get used to them,” she said. “The other girls tell me what to do and I tell them what to do. We combine our plays together and it works.”

That has also meant that she’s had to get used to some more challenging defences against her Wolves attack.

“We actually had one game where they all pressed us,” Tung said. “In elementary school, you weren’t allowed to do that, or double team, and so I feel like it’s more aggressive here. People are also taller, but it’s not a (huge) difference height-wise.”

Tung has learned a few things she needs to improve on when going up against girls three years older than her.

“Probably just to focus on the ball, try to get it and be more aggressive,” she said. “That will help me improve through high school.”

Although the season has certainly had its bumps, Cash is impressed with Tung’s attitude.

“The girls are positive and a resilient group and they understand our circumstances,” Cash said. “We haven’t had a full roster pretty much all season, so it’s been an off-year in terms of that, but I’ve really been impressed with the way our girls have responded, despite some of the adversity we’ve faced.”

And to top it all off, his Grade-9 point guard is already doing things that should set up Unionville’s basketball team nicely for years to come.

“I’ve been really impressed with her handling of the ball, as well as her ability to call plays,” Cash said. “I’ve given her a lot of leniency in terms of reading the defence, seeing what she likes and feels comfortable calling. It’s been very impressive watching her grow, even in the first few games of her high-school season. She’s already grown tremendously, so it’s been great to see. The fact that I’ll be coaching her for the next four years is inspiring, for sure.”