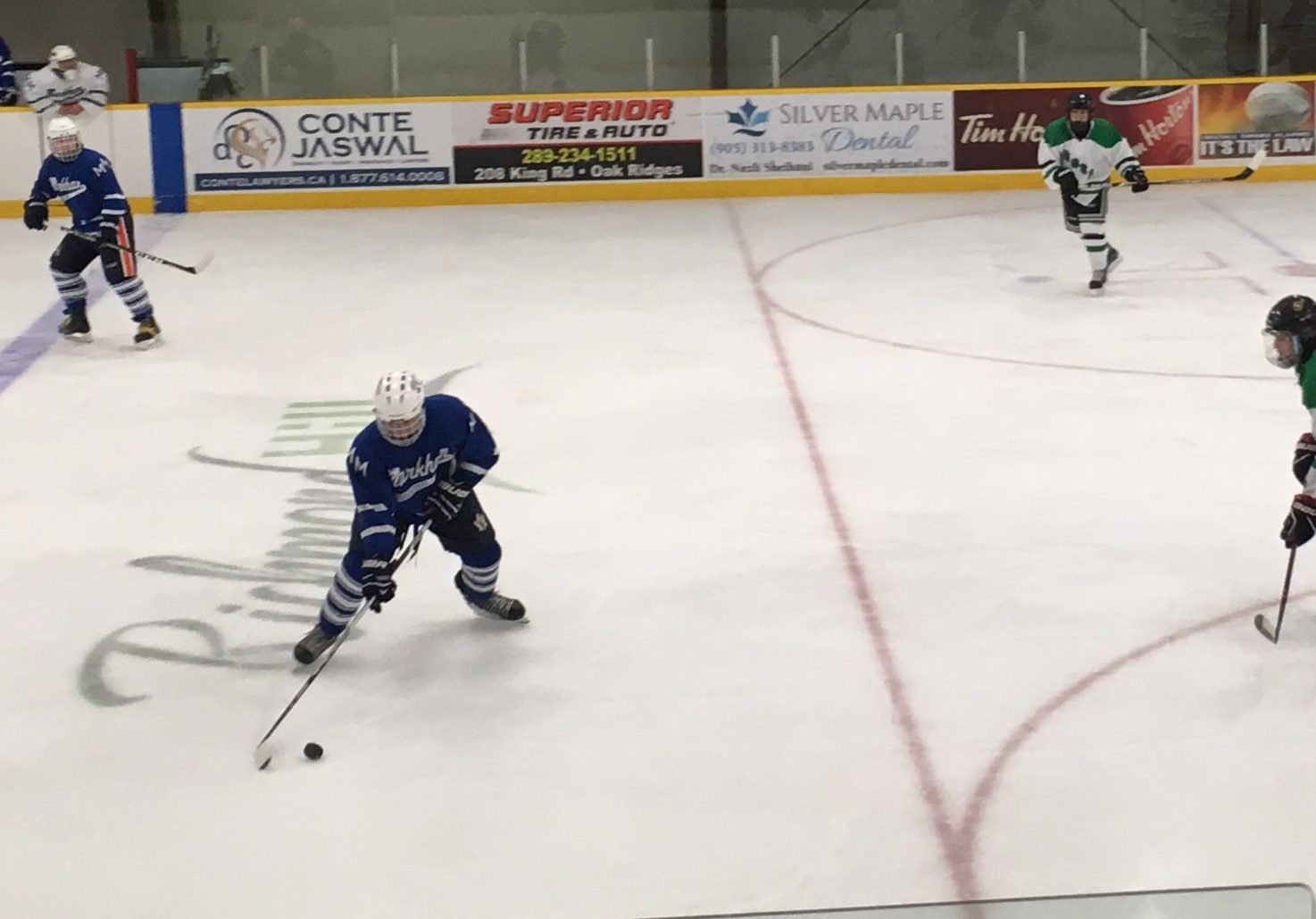 There wasn’t much experience to rely on for the Markham Marauders. By the end of the season, though, everyone was playing like a veteran.

The high school boys hockey team, which started the season as a squad with only three Grade 12 students, finished just one point out of a playoff spot.

“It’s a whole new team,” said Marauders goalie Eriq Aleixo. “A lot of people thought we wouldn’t do well this year, because it was a bunch of Grade 9s, but we played well in the end.”

If there was one position where the Marauders were not green, it was in goal.

Aleixo and Nicholas Fedak, who split the duties between the pipes, were two of the three Grade 12 students on the roster this year.

“We just tried to shut the door with solid goalkeeping,” Aleixo said. “That’s all that we needed to do.”

But, at the same time, there were growing pains. In November, the Marauders notched only one win in four games as the players got used to the high-school game.

“You’ve got to introduce the players to new systems, because there’s obviously a skill differential coming in,” Fedak said. “In tier 2, there’s some triple-A players and some select or AE (alternate entry) players, so you’ve got to work with them and make them understand that they won’t always be played, but they’ve got to keep their heads up.”

Through November, the Markham squad got used to one another as well as the speed of the game. Once that was familiar, things really began to move forward.

The Marauders hammered Markville 8-0 to open up the month of December and it was a sign of things to come. In their final six games of the season, the Marauders posted three wins and three ties. Two of those ties came against Richmond Green, the top squad in their division.

“It’s a lot more like teamwork now,” said Marauders forward Preston Clarke. “At the beginning, it was a lot more individuals and not really much passing. By now, we know each other and we’ve got our lines together and it’s much more of a team.”

As the offence began to roll, Clarke noticed that a balanced attack was one of the biggest advantages that the Marauders carried.

“Every line has different weaknesses and strengths,” said Clarke, a squad veteran despite only being in Grade 10. “All three lines can pass well and the top two lines can really (produce), but we all can create great opportunities.”

As a result, the Marauders surged forward in the standings, staying in the wild card hunt until the final week of the season. They would come up just short, finishing a point behind Sutton for the second wild-card berth.

“It kind of sucks, but it was all fun in the end and that’s what it’s about,” Aleixo said.

That didn’t affect the Maruaders negatively in their final game of the season, a 3-3 draw against Richmond Green where they came from behind twice to earn the tie.

While the Marauders will lose both of their goalies next year, they will retain rest of the squad almost in its entirety and those in place will have their chance to step up even more.

“It’s definitely going to help us with a lot of guys coming back, but it’ll also create opportunities for new guys,” Clarke said.

The departing veterans are leaving knowing that the Marauders are in great shape for next season.

In the photo, Markham’s Joe Milosevski unleashes a point shot in the Marauders final game of the regular season.