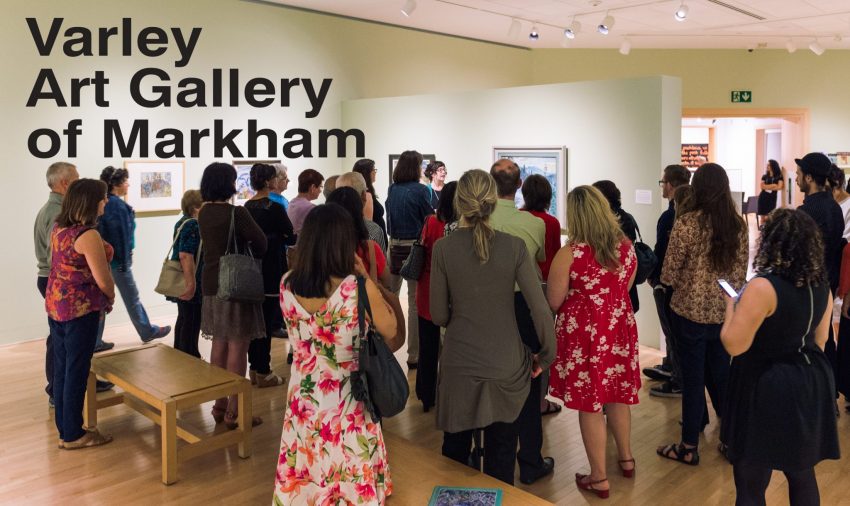 It’s time for York University visual art students to take their work off the easels and put it up on the wall, as part of the next chapter of a longstanding partnership with the Varley Art Gallery. The Unionville gallery is launching a new exhibition in January, showcasing the work of students studying for PhDs or in the second year of a masters program.

The exhibit, entitled Next | Wave, gives students the opportunity present their work in an environment outside their own studios and classrooms and also lets Markham’s art lovers see what the community’s next generation of artists is creating. While the pieces shown aren’t being graded per se, the public showing will allow for development and feedback that most students wouldn’t find outside of a gallery environment.

Though Varley and York have collaborated in the past, gallery curator Anik Glaude says this marks a reboot of the relationship, which she hopes will further grow in years to come.

“It’s a bit of an experiment,” she said. “We’ve never done it since I’ve been here. For me, it’s really interesting to create that meeting place so people can see what students are working on and kind of understand or get a glimpse of what otherwise might just be in the artists’ studios.”

Beyond the benefit to the student artists, Glaude said it also reaffirms the Varley’s commitment to mentorship and development.

The exhibit will kick off Jan. 12 with a panel discussion on how art can be used as a vehicle for change and understanding, featuring students whose works are showcased in Next | Wave.

“It’s really that discussion that will give people a chance to meet the artists and, hopefully, create connections as well,” Glaude said.

Broadly speaking, the pieces displayed will fall under any of three categories: bodies and boundaries; process and time; and interior and exterior. Within those, Glaude says there’s a lot of latitude for artists. So much, in fact, that it was difficult for organizers to distill it down to a few core themes.

“One of the most exciting, but challenging, aspects of a show like this is that you’re bringing together 10 different artists and the common thread is that they’re all studying at York,” she said. “Usually when you do an exhibition you do it the other way around, start with the theme and pick artists whose work reflects that theme. We have the artists and then we’re looking for threads that weave through them.”

The result will be a more eclectic exhibit than Varley visitors may be used to, with works spanning a range of media from drawing and painting to sculpture and even video work.

Glaude said the goal is to “feature each individual artist and give them the opportunity to shine, but also create some kind of story or narrative between the artworks.”

The exhibition will run three weeks.