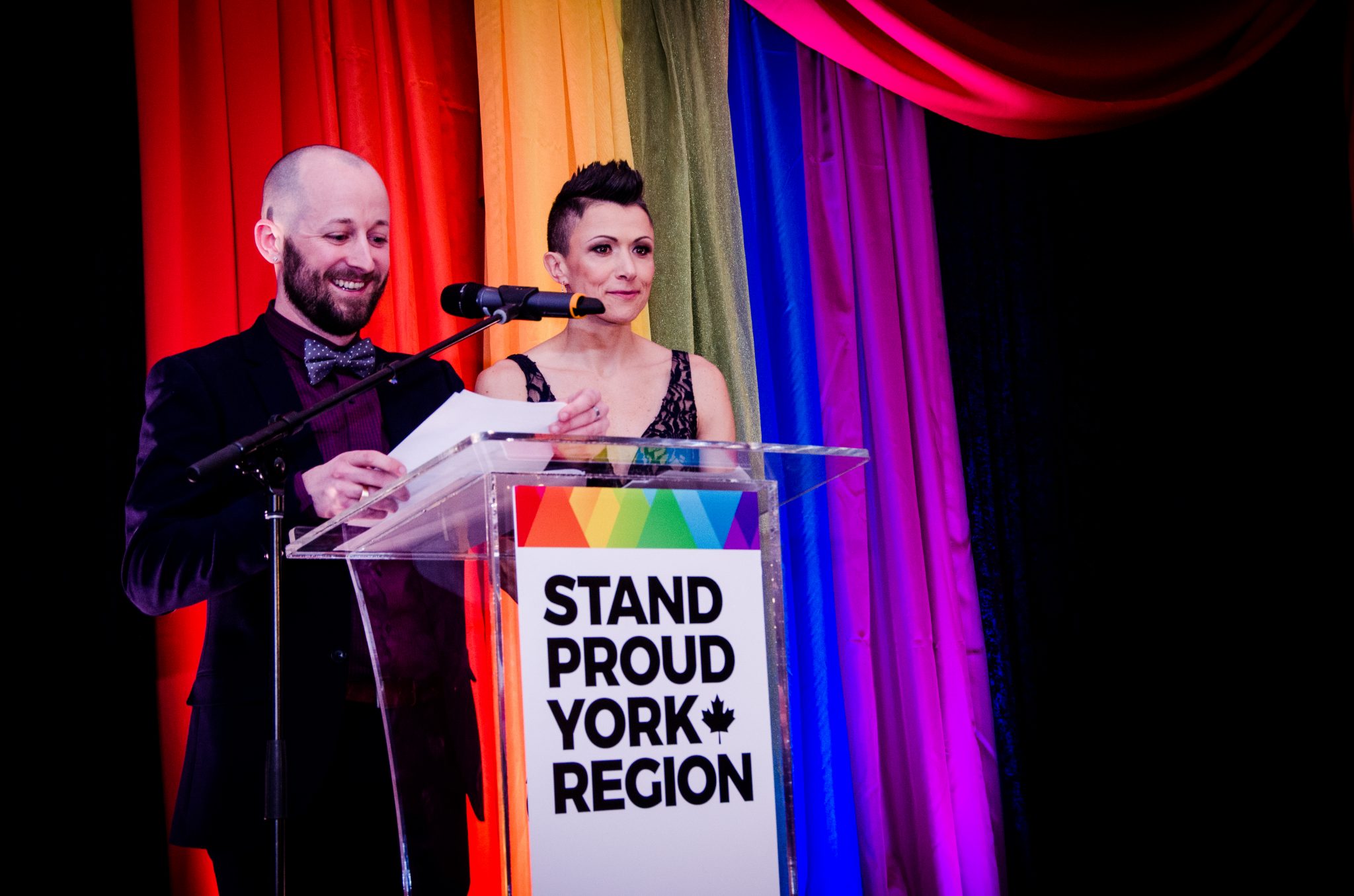 The fifth instalment of the dinner, which serves as the volunteer-run Pflag York Region’s flagship event, raises money for direct support to the region’s LGBTQ2 community, as well as training and education for local organizations.

Pflag York Region president Michael Blackburn says his organization expects to sell out its 400 available tickets to members of the Pflag community, as well as allies, corporate partners and elected officials—who will hear not only about Pflag’s mandate, but also the challenges and triumphs of the LGBTQ2 community locally and around the world.

“It’s important now more than ever that we’re educating the community, that we’re creating conversation about LGBTQ2 struggles, (and) promoting diversity and inclusion,” he said.

The tone of the event is positive, but at the same time, organizers won’t whitewash or ignore more serious issues. At last year’s gala, attendees partook in a moment of silence for victims of the terrorist attack at Pulse, a gay nightclub in Orlando, Florida.

“It’s a really moving event,” Blackburn says. “There’s a lot of smiles. There’s a lot of celebration, and there are those moments where you realize this is very real. We’re here celebrating, but we’re also here remembering.”

Raising awareness can be a double-edged sword, however, as the impact of the 2017 dinner was so large that demand for Pflag’s services dramatically increased afterwards. While Blackburn says Pflag volunteers are eager and willing to meet that demand, the organization needs resources to make this happen.

“After last year’s gala, we’ve been struggling to keep up because we did our job so well last year in getting the word out there and engaging the community,” he said. “Everybody came out of the woodwork and said, ‘We want to be inclusive. We want to work with you guys.’”

That includes training, education materials and sessions for organizations wanting to incorporate diversity on LGBTQ2 issues into their operations, as well as front-line work with queer youth and their families.

“Every day, our volunteers are contacted by frightened adolescents or angry, fearful or confused parents or family members with questions or concerns about sexual orientation or gender identity,” said Blackburn. “My team is there for people when it feels like nobody else is there for them.”