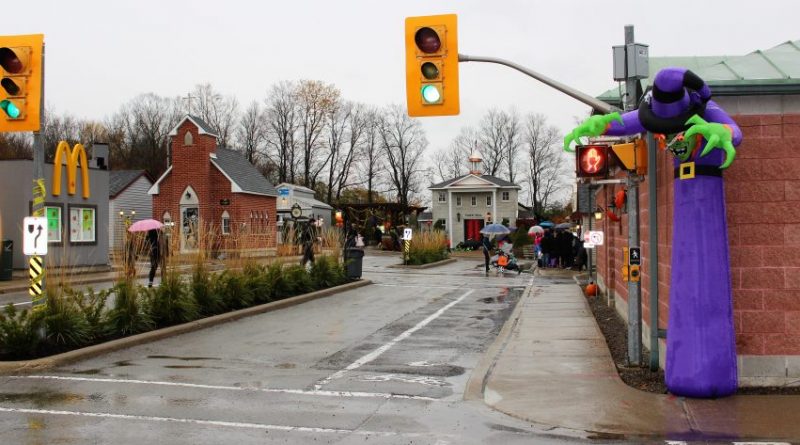 On March 10th of this year York Regional Police launched a Human Rights classroom as part of their Community Safety Village at Bruce’s Mill Conservation area.

The focus of the classroom is to educate the region’s youth in human rights and responsibilities and the importance of peace-building and global citizenship.

This initiative was just the latest for a department that is doing its best to continue building a community policing program that aims to serve and protect all its constituents, including young people, as best it possibly can. Elementary students from all over York Region visit the Safety Village each year while High School students meet school resource officers in their schools too.

“The interaction with high school students and elementary students is hugely important,” says SGT. Andy Pattenden, a media relations officer with the YRP. “We know that our programs in schools are making a difference, they’re vitally important.”

To be clear, the Human Rights classroom opened this past March 10th. 2020 has had little mercy on those with plans. It closed on March 13th and has not been opened since.

“Covid has certainly changed the landscape of things,” Pattenden says.

This changed landscape didn’t just mean the closing of the Community Safety Village. In fact, much of the work that the YRP does to proactively support young people relies on the school system as a system of distribution. The YRP was faced with a question that no one prepared for; what happens when the school as we know it simply goes away?

“A couple things we tried to do was to work with all the school boards in the region to try and get some of these safety messages to students while they’re engaged in online learning,” Pattenden explains. “The boards were great in basically saying that they would deliver any information that you’ve got that will be good for students’ safety.”

So the school resource officers repurposed their presentations on bullying, cyberbullying, and cyber security into content that could be distributed easily to families electronically. This ranged from communications, links to online content, and infographics designed to get the essential points across.

“We also use our social media channels to communicate safety messaging out to the public,” Pattenden continues. “I know we likely don’t have a lot of students following our channels directly, but we definitely have their parents. To be able to directly communicate simple but helpful messages is another way we’re trying to stay connected to families of young people.”

In a normal school year, school resource officers would already have been in the schools, starting this past September, delivering their programs to students. Unfortunately, despite the modified return to school, in-school safety programming is currently being revamped and redesigned in order to fit in with appropriate safety concerns. The hope is to be able to offer students programming as early as November or December.
When asked what things every family should know in order to keep their kids safe, Pattenden doesn’t hesitate to offer wisdom.

“The number one thing is for parents to be involved in whatever their kids are doing online,” he explains. “During Covid online everything, gaming, messaging, and everything has become a way of keeping kids busy. It’s increased out of necessity. Kids are also not likely to bring some issues forward to parents, they say more online than they do in person sometimes, and that’s why it’s so important for a parent to be involved and to hear and see what is going on.”

This is certainly no easy task for even the most connected parents. Unfortunately, there’s no shortcut. Pattenden acknowledges the difficulty, but adds a warning.

“That’s certainly understandable but it’s when parents are not engaged and not aware of what their kids are doing and what’s going on that problems can occur,” he says.

He goes on to explain, probably the single most important piece of advice for parents.

“The general rule of thumb for parents is that, if it feels wrong it probably is and they should report it,” he says.

When asked why the YRP chose to adapt their program to these strange times, rather than just suspend it, Pattenden’s answer was equally clear.

“It’s incredibly important,” he says. “It’s a chance to reach people when they’re at a time in their lives where they are absorbing information and can make major changes in their lives; they can chart a path forward. It’s hugely important.”

Photo: The YRP’s Community Safety Village dressed up for Halloween, in simpler times.