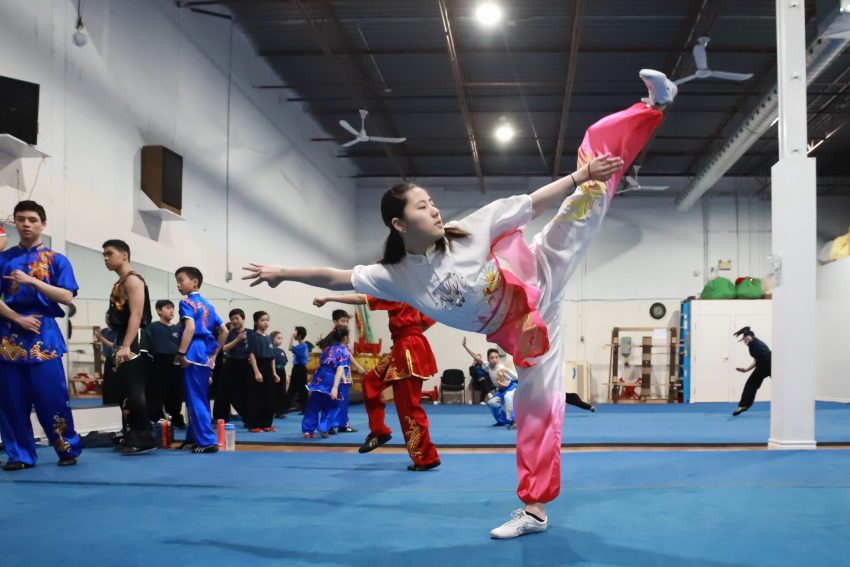 Local athletes, together with the best athletes from across Canada, will compete at the 2018 Canadian National Team Selections held at the Markham Pan Am Centre on May 19 and 20.

Hosted by WushuOntario, the competition is being held at the Pan Am Centre between 9am-5pm daily. The best athletes from across the country will be selected to represent Canada at the World Championships in Brazil this summer.

More than 250 competitors from schools and clubs across the country will join the battle that will consist of weaponry and barehanded performances, in addition to full contact Sanda Free Fighting atop an open platform in the centre of the gymnasium.

Witnesses to the sport can say that this style of martial arts is truly awe-inspiring to watch with leaps and acrobatic manoeuvres commonly seen in action film and television.  Plus there is the combative aspect of the sport which features a 3-foot high platform where a fighter’s goal is to knock his or her opponent off the “Lei Tai” as it is called to get the win.