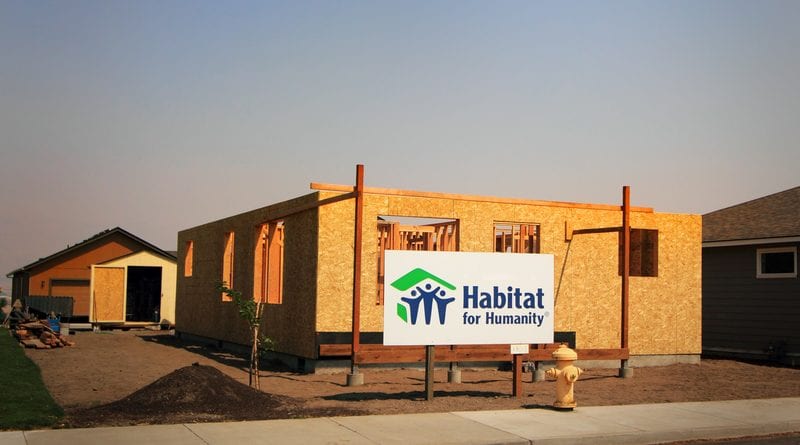 What does home mean to you? That’s the question students are being asked as part of a national writing contest that will help a family in need become a Habitat for Humanity Canada homeowner.

Students in Grades 4, 5 and 6 are asked to submit an essay or poem on what home means to them to help support a Habitat build of their choice. Over the past 12 years, more than 50,000 students have helped raise more than $1 million to build homes across Canada for families in need of decent and affordable housing.

“As a father and grandfather, I believe in the value of getting children involved in the community and teaching them that, even though they are young, they have the power to effect positive change,” says Mark Rodgers, Habitat for Humanity Canada president and CEO. “We need to empower youth to know that they can change this world for the better.”

For every contest entry, $10 will be donated to that student’s local Habitat, ensuring every student can help build Habitat homes in their community. Winners will be announced in April. Learn more at meaningofhome.ca.

“As a founding sponsor of the Meaning of Home contest, we have seen its positive impact grow year after year,” says Stuart Levings, president and CEO of Genworth Canada.  “By encouraging students to become more engaged, we are teaching them to become more compassionate community members, all while educating them on the need for more affordable housing in Canada.”

Founded in 1985, Habitat for Humanity Canada is a national, non-profit organization. Its model of affordable homeownership helps families in need of housing buy their own home. Habitat homeowners volunteer up to 500 hours and pay an affordable mortgage geared to their income, helping them build a strong foundation and the financial stability to help plan for their children’s futures. Visit habitat.ca to learn more.