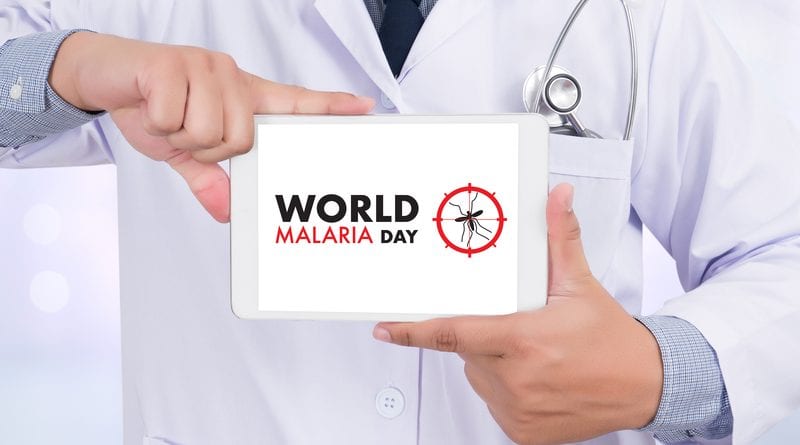 April 25 is World Malaria Day, a day established by WHO member states to draw attention to the continuing need for investment in, and commitment to, the fight against malaria one of the world’s oldest and deadliest diseases.

The theme for World Malaria Day 2019 – ‘Zero Malaria Starts with Me’ – will empower individuals across the world to make a personal commitment to saving millions of more lives, and help communities and economies to thrive by ending malaria.

Decades of significant progress against the disease have slowed as cases of malaria increased in 2016 and 2017, after more than a decade of steep decline. This global movement seeks to re-energize the fight to eliminate the disease, which still threatens half of the global population and kills one child every two minutes.

World Malaria Day presents an opportunity to engage global leaders, civil society, the private sector, academic institutions and the general public in countries around the world.

In addition, the partnership’s member organizations will host complimentary events in other countries all over the world to re-ignite a global movement determined to end malaria. These will be held in countries with a high burden of malaria, as well as in major donor countries including the UK, the United States, Canada and across Asia.

This April also marks the first anniversary of the commitment made by Commonwealth leaders, following the 2018 Malaria Summit London, to halve the number of malaria cases and deaths in Commonwealth countries over five years.

WHO is particularly concerned by trends seen in recent years (since 2015). Our latest World malaria report shows that progress has levelled off and, in some countries, malaria is on the rise.

Eurosport has joined a number of sports stars, including David Beckham, in supporting World Malaria Day.

Emmanuel International through the Promise Project in Malawi is involved with education and malaria prevention and care.

Join the fight against malaria @ https://promiseworthkeeping.ca/