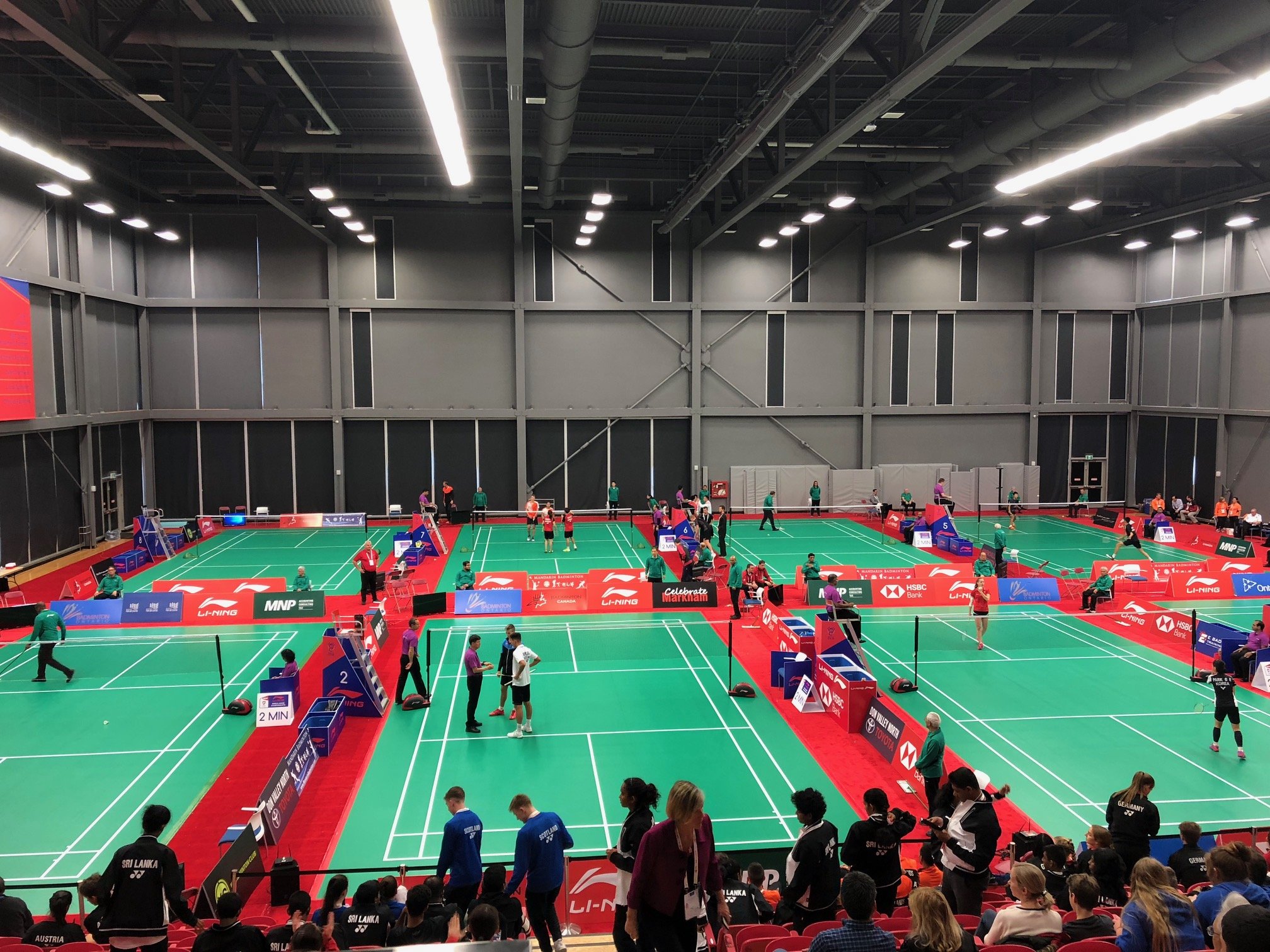 For two weeks in November, the badminton world descended on Markham.

Hundreds of the best players in the world, from 42 countries, competed in the Li-Ning BWF World Junior Badminton Championships, held at the Markham Pan-Am Centre. It’s the culmination of a lot of hard work by event chairperson Marty Deacon and the rest of her staff.

“We found out about this event 18 months ago from our international partners,” Deacon said. “We worked diligently, myself and the other volunteers, over that time frame to put on this event. It’s about 16 days from start to finish and the athletes are playing for two weeks. It’s a very exciting, but long tournament.”

The competition is split between team events for the Suhandinata Cup and individual matches for the Eye Level Cup. In-between the two challenges is Culture Day, held at Bill Crothers Secondary School.

“It’s a chance for players to learn what it’s like to be living in Canada in 2018,” Deacon said. “There’s all kinds of activities, different foods, like beavertails and poutine, and there is the chance for our local people to share their stories with the athletes.”

With all the talent coming in for this event, there was a lot that needed to be done just to make sure everyone could participate.

“It’s everything from travel, to making sure the paperwork is in place, to ensuring that they have visas, if that’s required, to accreditation, to make their arrivals as seamless as possible,” said Deacon, who had to facilitate a last-minute shuffling of flags above the badminton court when Chinese Taipei’s flag was situated too close to China’s. “With 42 teams coming in, you have different languages, different cultures, multiple expectations and all of those pieces parlay. There are four hotels, off-site housing, four off-site badminton courts as well as the (Markham Pan-Am Centre). It’s a huge cost and we had to make sure we could pay for an event this size.”

In order to handle all of the staff, coaches, officials and spectators, Deacon has come armed with a large number of helpers.

“The event can’t run without volunteers,” she said. “We’ve got a core of volunteers that have been doing this for years. The volunteers have gone through an extensive application program, online survey and orientation. Volunteers are critical to the success of any event, but particularly one like this. It’s a little harder to get them in November, as opposed to the summer, but we’re most thankful. It’s people who are doctors, physiotherapists, accountants and students who are getting their volunteer hours, so we have a full range of volunteers here.”

The success of an event like this could very well lead to more major international events in Markham’s future.

“We felt three really critical things when (making the bid for the world juniors),” Deacon said. “First of all, we wanted to make sure to carry on with this as a badminton legacy facility. We’d like to have Ontario, and specifically Markham, with a strong legacy strategy. You host the juniors and then you’d like to set up to host the seniors, and the masters, so there’s a multiple year hosting strategy. We’d also like to showcase the very best in badminton in the world.”