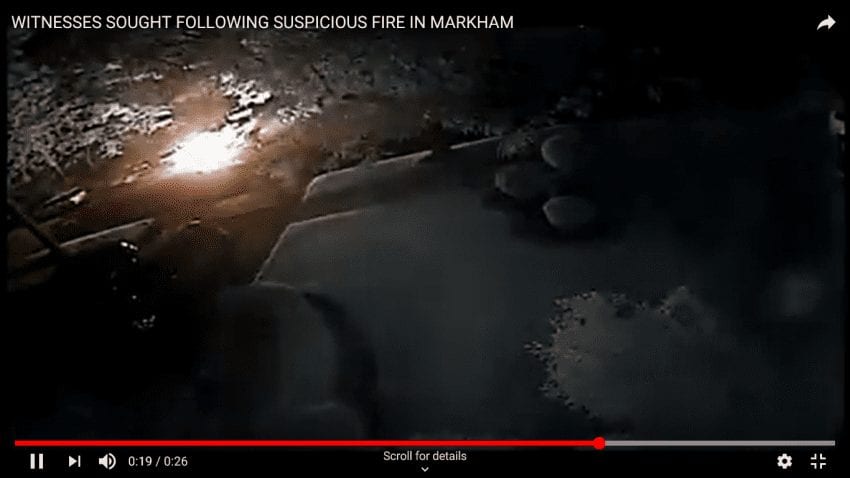 Police are seeking witnesses after a suspicious fire was set at a Markham home in August. Surveillance video shows a lone male suspect set a vehicle on fire, which then spread to the home.

No one was injured in the incident, which took place Aug. 10 at about 11 p.m. at a home on Black Cherry Drive near Raymerville Drive and McCowan Road. The homeowner made it out of the house safely and no one sustained any injuries. The surveillance video can be found at youtu.be/xG54-t-xRkE.