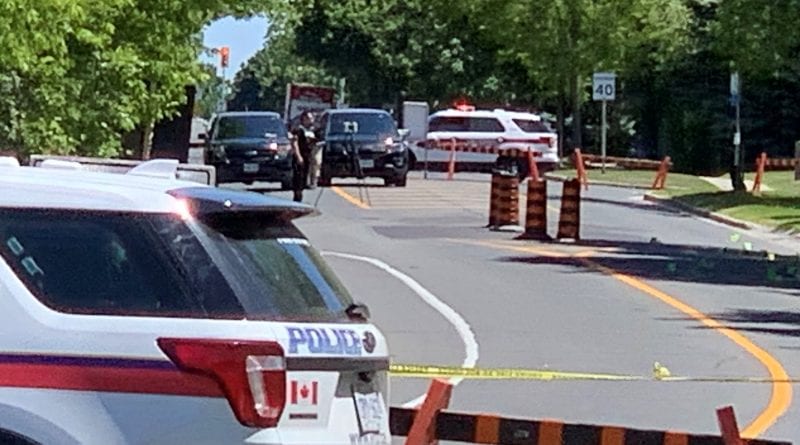 Police seek witnesses and any digital video evidence following a fatal fail-to-remain collision involving a
cyclist in the City of Markham.

On Monday, June 15, 2020, at 8:22 a.m., York Regional Police were called to the area of Carlton
Road and Old Ivy Lane, which is just east of Main Street Unionville, for a report of a cyclist who
had been struck by a vehicle. When officers arrived, they located the cyclist, a 50-year-old man
from the City of Markham, who was suffering from life-threatening injuries. He was transported to
hospital where sadly he succumbed to his injuries.

The driver who struck the cyclist left the scene prior to police arrival.

Investigators with the York Regional Police Major Collision Investigation Unit are appealing for
any witnesses to come forward and for anyone in the area with digital video evidence, which may
include residential or commercial video surveillance, dashcam footage as well as mobile phone
images or video, to upload that evidence as soon as possible to the following link:
https://yrp.ca.evidence.com/axon/citizen/public/carltonandoldivylane-cyclist-hit-and-run

The investigation is ongoing and any witnesses who have not yet spoken with police, or anyone who
may have dashcam footage of the collision, are being asked to please come forward.

York Regional Police is asking anyone with information to contact the Major Collision Investigation
Unit by calling 1-866-876-5423, ext. 7704, or to call Crime Stoppers anonymously at 1-800-222-TIPS.