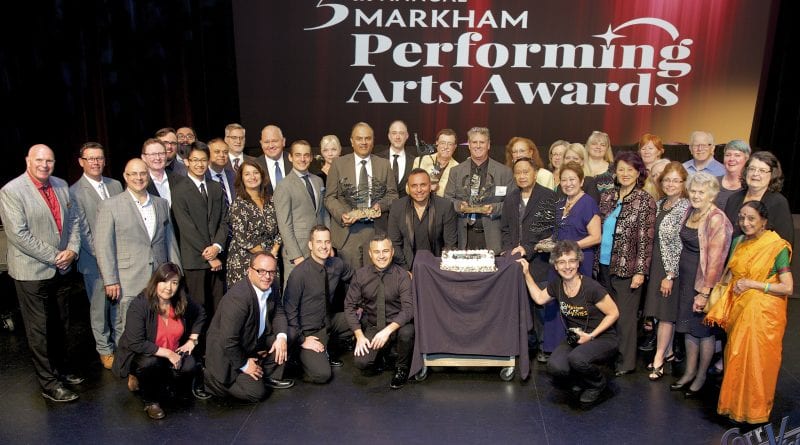 Markham At The Movies (MATM), chaired by Paul Sylvester, is a non-profit group run by volunteers and film enthusiasts who focus on bringing award-winning Canadian and international films to the doorstep of Markham resident. Markham at the Movies is a partner of Film Circuit, a division of the Toronto International Film Festival (TIFF) group.

Markham At The Movies started at a small scale, presenting movies in the theatre’s rehearsal hall and has grown into a popular community cultural event, attracting over 400 people to each of their movie presentations. MATM presents a six-movie series throughout the year at the Flato Markham Theatre.

Ballet Jörgen is not only an internationally respected touring ballet company, but they are also one of the only companies that will take professional ballet productions to smaller communities across Canada and into the United States. Executive Director Stephen Word and his team bring outreach opportunities within those communities, giving young dancers opportunities to perform with the ballet onstage. Ballet Jörgen has performed in Markham for many years bringing ‘The Nutcracker’ during the Holiday season. New to 2019, the Flato Markham Theatre is proudly presenting the Ontario Premiere of Ballet Jörgen’s Anne of Green Gables – The Ballet.

Asian Television Network (ATN) delivers South Asian and Asian content to residents across Canada. Shan Chandrasekar, president and CEO of ATN, pioneered South Asian programming in Canada in 1971 and has grown into one of the leaders in the media industry today, operating 54 specialty TV channels along with radio channels across the country. ATN has been an partner and media sponsor to the Flato Markham Theatre, supporting its Diamond Season.

Alicia and Alex Chiu have been long-time supporters of the Flato Markham Theatre. Alex retired from politics last year and holds the current record for the longest-serving councillor in Markham. For the theatre, Alex has been instrumental for the growth of the theatre gala which raises money for its Discovery programs and has championed raising the profile of the event, making it into a prime fundraising event for culture in Markham and York Region. Alicia and Alex have been involved in the Federation of Filipino Canadians, including their “Taste of Broadway” event. They do fundraising for the ALS foundation as well as other charities in York Region. They have worked to fundraise in the community for other theatre activities and have been instrumental in creating connections within the community for the theatre.

Every year the Flato Markham Theatre chooses a Canadian artist to design the Markham Performing Arts Awards. This year’s talented artist is Cathy Mark. Working from her studio on the north shore of Lake Scugog, her metalwork is inspired by Canadian flora and fauna. The award she created for Community Group/Artist of the Year for Markham At The Movies is a metal sculpture of young fiddleheads and ferns representing the audience (fiddleheads) with the full-grown ferns representing the films themselves.

The Performing Artist of the Year award for Canada’s Ballet Jörgen, depicts a moose teaching a bear to dance symbolizing the ballet company (moose) offering its hand to and guiding the young bear who represents the young dancers the company mentors and their involvement in the community.

The Partner of the Year award for ATN is a pine and maple tree.  The pine’s roots are in Canada symbolizing bringing the Asian culture to the community and the country, which is represented by a maple tree.

Ambassador of the Year is a majestic oak tree representing the strength, morale, resistance and knowledge that Alicia and Alex Chiu have brought to the community, and the oak’s roots represent the growth they work toward with the theatre, community and country of origin.