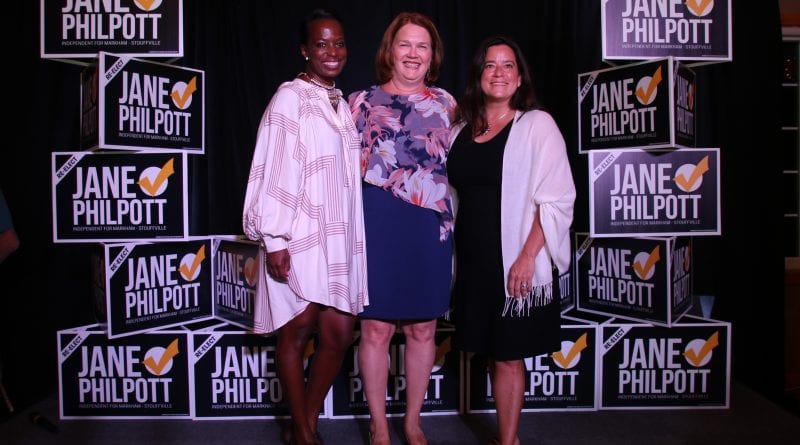 It was a pretty exciting meeting of the Independent Party caucus. Well, that’s how the three now-independent, independent-minded women who had been forced off of team-Trudeau, are oft referred, as they joined forces to support Jane Philpott’s election drive.

Technically, of course, Caesar-Chavannes quit the party to sit as an independent after deciding not to run again this election. But she was vocal on her exit, calling Justin Trudeau a “fake feminist” as many since have called him after the dismissal from his cabinet of Jody Wilson-Raybould, the ex-Justice Minister, Attorney General and incumbent MP for Vancouver Granville; and former President of the Treasury Board and Markham-Stouffville MP Jane Philpott.

The three were together at a Willow Springs Winery fundraiser this week to support Philpott’s campaign. But if anyone thought the women might have had second thoughts about going it alone, or at least as a loosely organized independent group, they would be wrong with all making a spirited defence of their decisions. 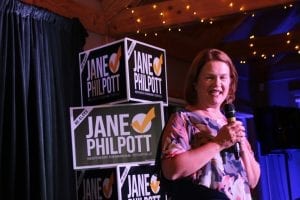 “Too soon?” she asked as a shower of “nos” were returned.

Clearly, the PM’s black and brown-face travails had not resulted in any sympathy at this event.

Wilson-Raybould  was just as strident in her defence of her and Philpott’s independence.

Describing Philpott as “caring, passionate, thoughtful and extraordinary” Wilson-Raybould noted that strong women in politics tend to be labelled as “difficult”.

“If being difficult means having integrity, ensuring that you stick to your principles and values, and you do your job and do your job as best you can and that you uphold the rule of law in this country and maintain the institutions of our country and the fundamental tenets of our democ 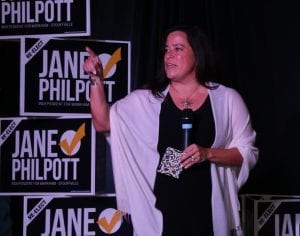 racy, then I’m ok with being (called) difficult.

Philpott, referencing Trudeau’s growing reputation for imposing his will on anything and everyone, took a softer, but still poignant approach. She exhorted volunteers to do everything in their power to “do politics differently, to make a change in our political system where we ensure that the voices of Markham-Stouffville are heard in Ottawa versus the voice of Ottawa being heard in our ridings.”

It was a clear message of empowerment aimed not only at Trudeau but election rivals. Chief among these would be Helena Jaczek, who was a respected Ontario Liberal MPP at Queen’s Park in the much-maligned Wynne government, but who will now have to toe the Trudeau line.

Of course, others are vying for the seat that Philpott now holds. In fact, the Markham-Stouffville race is shaping up to be one of the ones to watch nationally with Theodore Antony running for the Conservatives, Hal Berman – a last-minute addition to the NDP lineup, running, as well as  Roy Long for the Greens.

Thornhill Medical, a leading innovator in medical technologies, has agreed to produce and deliver 500 mobile compact ventilator systems as