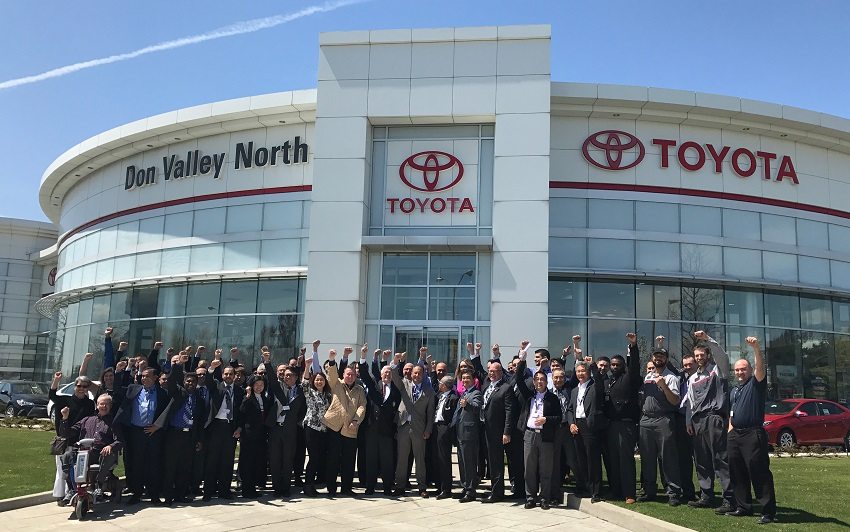 If you put a car end-to-end from Toronto to Montreal, that’s how many vehicles Weins Canada has sold since opening, in 1973. That milestone – a whopping 100,000 cars – was the latest in the company’s many successes.

It went from delivering nearly five hundred cars in year one, to today’s seven thousand per year.

That same exponential growth has been seen with the opening of ten partner dealerships, and a jump from 27 employees at the start, to nearly seven hundred today.

How all this happened can be summed up in their corporate ethos.

“We honour each guest like we would our own grandmother. This protocol reminds us at all times the importance of conduct in our dealings with each other and our customers.”

To further hone the client-centric approach, they have sought to look inward for improvement.

“Markham is a wonderful, ethnically and culturally diverse city. For a business to be successful in such a community, we feel that it’s important that our staff represent the same diversity of our customer base,” Tejani notes, adding that some twenty languages are spoken among the local offices.

Employees, moreover, benefit from their WC University, “largely dedicated to the professional and personal betterment of each associate.”

It stands to reason, he says, that happy employees thus make “delighted customers, who are the only true source of repeat and referral business.”

In addition to going above and beyond for clients and personnel, the same can be said for Weins’ renowned community giving.

Weins has lent its support to a variety of local causes, including Markham Stouffville Hospital –  from the original Building Fund campaign to more recent donations of vehicles for galas.

Honouring their longstanding support, the company was awarded with the naming of the Weins Canada Operative Delivery Room in the hospital birthing center.

Among other charitable works, includes donating to: United Way campaigns for the past quarter century, the Daily Bread and Markham Food Banks, Markham YMCA, and The Princess Margaret Foundation Road Hockey Tournament.

For the past five years, they have sponsored Flato Markham Theatre Diamond Series performances.

Since its inception, Weins has given generously to local amateur sports teams and countless charity golf tournaments.

For Amin Tejani, excelling in client satisfaction, employee satisfaction, and helping to build a better community, is the Weins Canada trinity.

In not so modest terms, he sums it up as: “We simply want to be the best.”